How to Host a Fun and Easy Academy Awards Party 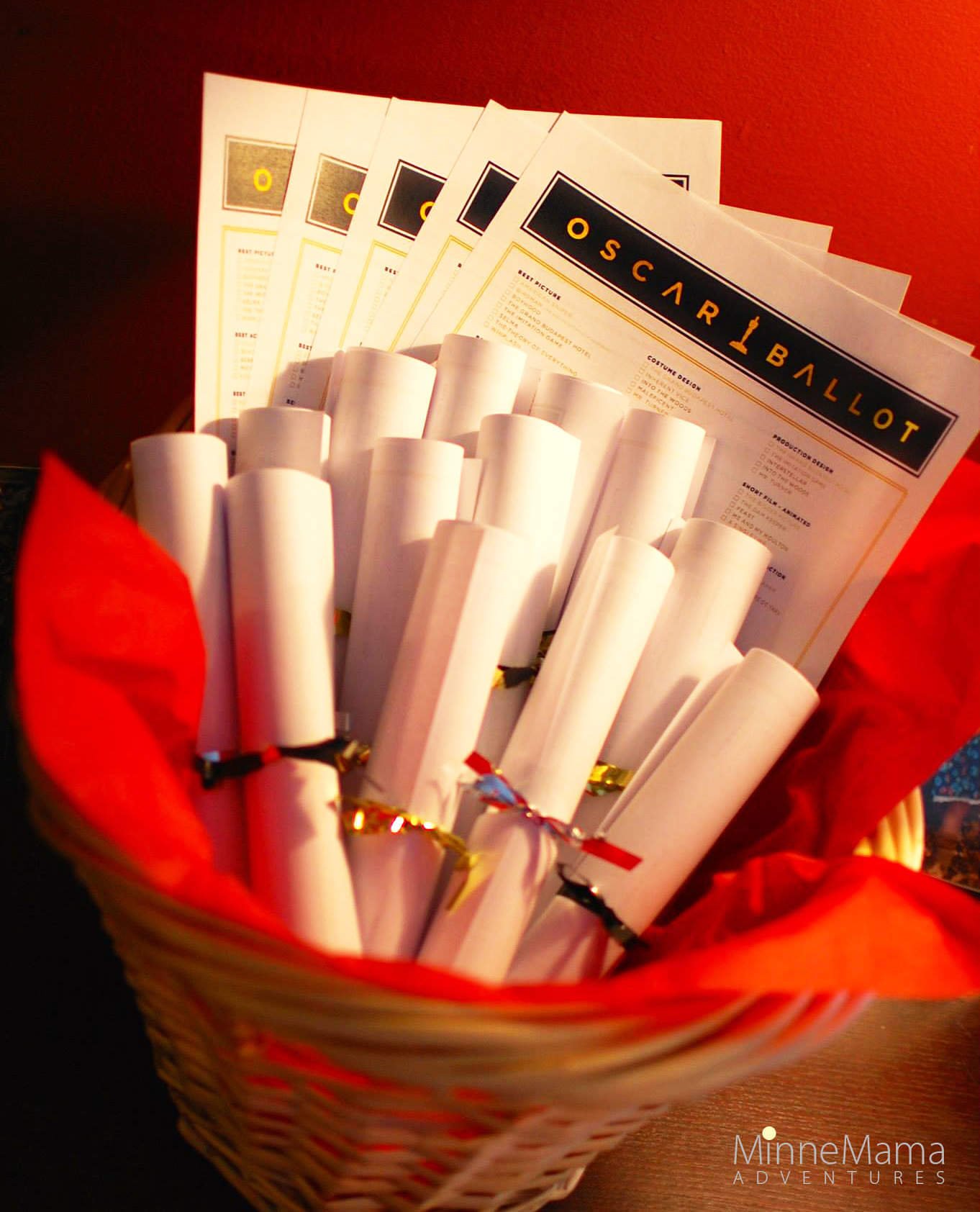 Yeah, yeah. I know this is technically a parenting blog, but you guys – I feel like I would be doing myself a disservice if I didn’t break the rules and allow just this one off-shoot post. Anyone who knows me knows I grew up surrounded by music and movies. VHS and cassette tapes were strewn around my parent’s basement and when the weekend came, it was time for dad to sit us down and introduce us to a new-to-us movie. Dad had very little interest in abiding by the rating system. I watched Stephen King’s Cujo when I was 7 and my sister received a copy of The Exorcist the summer between her 2nd and 3rd grade year. We lived on classics like Gremlins and Three Amigos and All of Me and Annie Hall. Before I hit 6th grade, I could recite every Best Picture winner from 1970 on…(still can: Patton, The French Connection, The Godfather…I digress). And every year we got decked out in our finest pajamas with soda and a zillion mom-made appetizers and sat in silence (or you got sent to another room) while watching the Academy Awards broadcast until the bitter end…which was usually midnight on a school night – woo hoo! It was just something we did. And it’s one of the best damn memories I have of my entire childhood. So my husband (who is on equal movie-geek level) and I keep the tradition alive. Why not, right?

But instead of Schwann’s appys and boring flannel jammies, we put a new spin on it. We host a full-on party! It’s not fancy like some of those Pinterest parties floating around out there with the Hollywood food and black tie attire. Ours is thematic and ridiculous. Funny and timely. Straight. Up. Stupid. And we like it that way…and so do our guests.

So here are some of our Oscar traditions – from costumes to games to food and drinks – that have kept our core crew coming back year after year…no matter how many Best Pictures they can recite from memory. 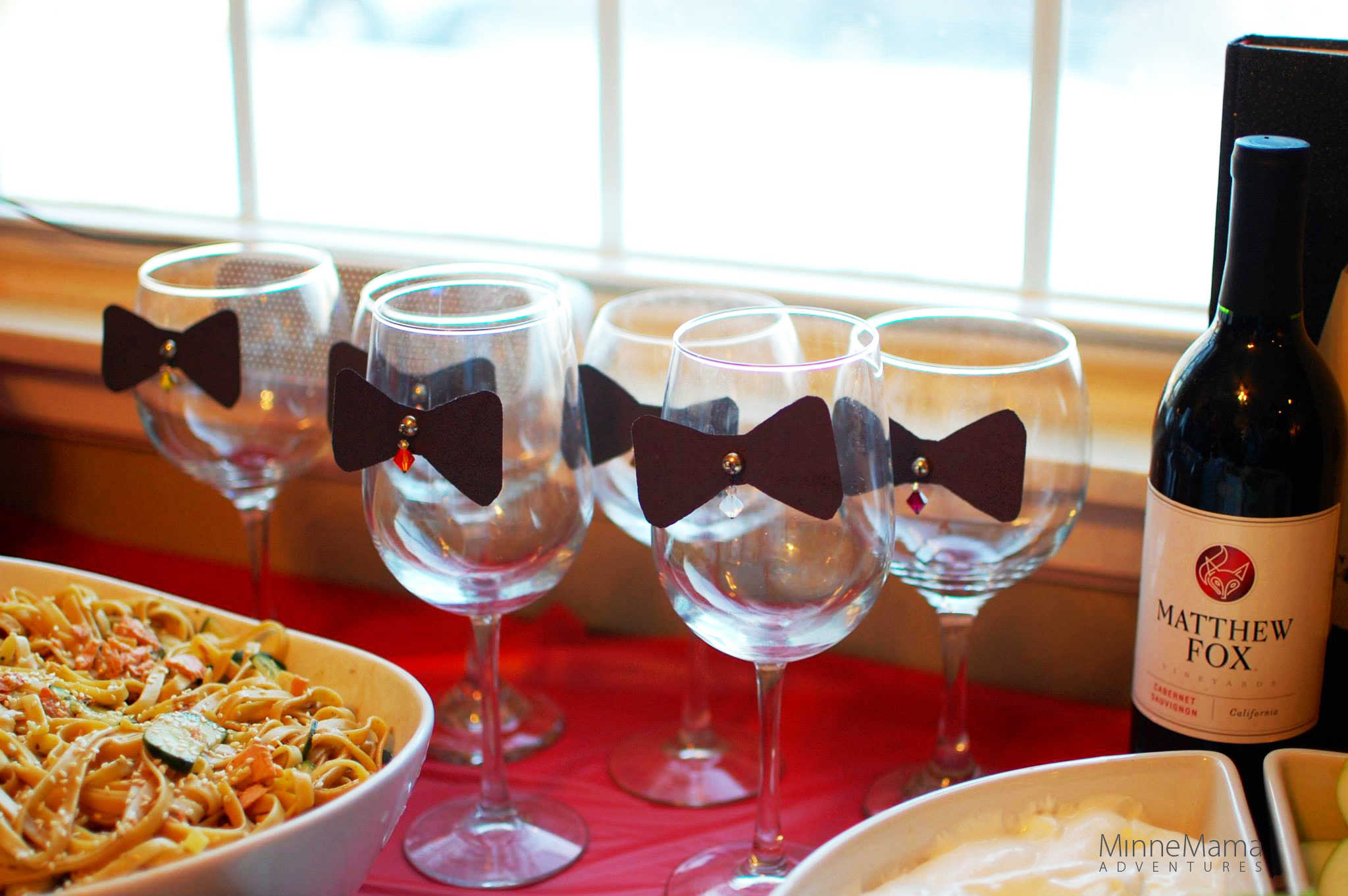 Every year we have a theme. Past examples are “Walk the Red Carpet” or “Pajama Glama Jamma.” Our guests receive their Facebook invite with the explanation and usually head to the thrift store no more than a few days before the actual party….which is why I’m always SO insanely impressed with what they come up with. Our party has dressed as a best actor or actress, replicated someone’s memorable name-brand garb from the red carpet, and spiced up plain pajamas with accessories, tutus, ties and up-dos (that was definitely the most comfortable year).

This year’s theme is “Back from the Dead” so our guests need to select a nominee or winner from a past awards show who is deceased and dress as their character. I’m excited to dress my husband up as James Dean from Giant because, well, daaaamn. Here’s a snapshot of some of our past costumes. (I must admit, I didn’t drop the same “daaaamn” when Nate went as Gandhi, but he did win Best Costume that year.) 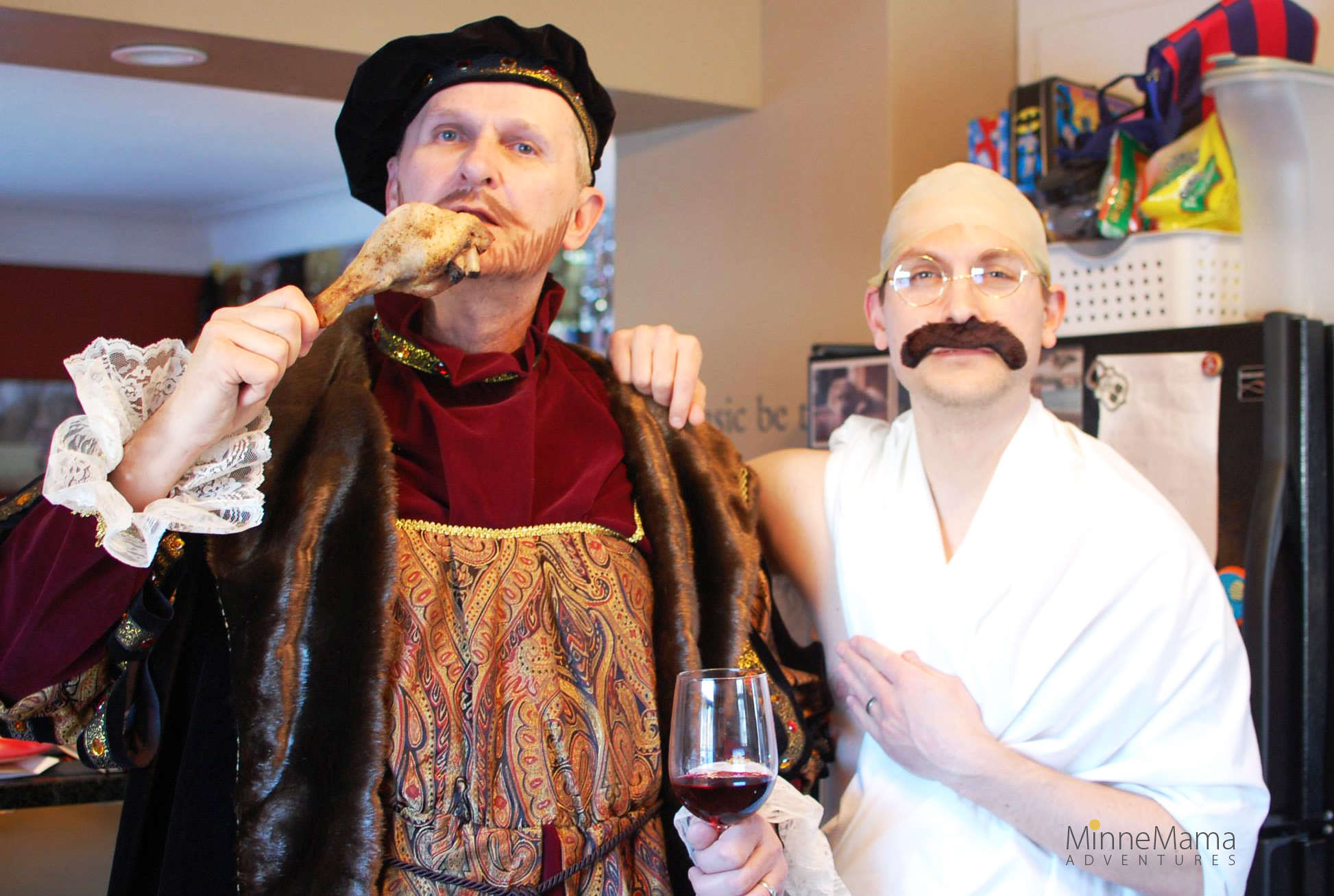 This year is the first year I will bust out a classic throwback game of Charades. People drinking wine dressed like their favorite deceased movie character acting out film titles such as Silence of the Lambs and Dead Man Walking will definitely be amusing. Here are some of the games we’ve created in the past, and not one of them took a ton of time or money to complete:

Since the beginning, my mom and I have spent a good chunk of the pre-show commenting on red carpet apparel. I’m not sure what exactly makes us experts on style, but we definitely like to pretend. That’s where this game idea came from. A person of your choosing (in our case, it’s always my mom) is the “Joan Rivers” of the group. Her (or his) answers will be what everyone is trying to match. I handmade 5 construction paper stars for each guest, glued them on to a popsicle stick, and put numbers 1 through 5 on them in black marker. We made a special set of paddles for my mom (with glitter!) and when a dress would come on screen that she wanted to rate, people would select the number ranking they think she would choose and if they match her selection, they get a point. Another year, we played it as a tournament bracket. Either way works, but it’s casual, entertaining and cause for some fantastically shallow debate. 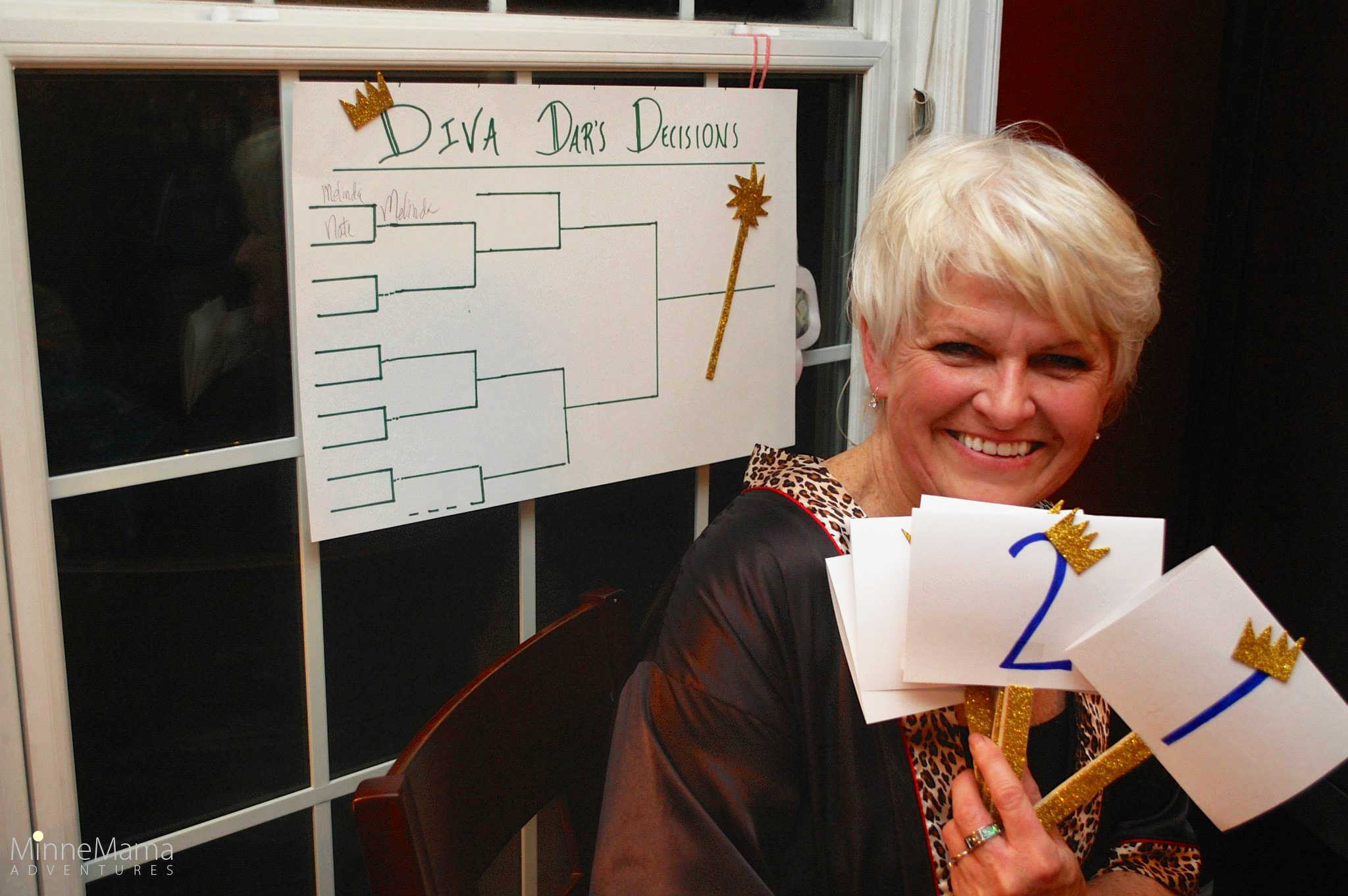 This is exactly as it sounds. Print everyone one of these Bingo cards and fill them out as the show goes on. Example boxes include “Man in a bowtie,” “Winner thanks spouse,” “Standing ovation,” and “Camera shot of Meryl Streep.” First one to get Bingo wins. Duh.

Not my favorite game, but a classic “wedding shower-type” pen-and-paper option to fill the time. Quote Quest has ten movie quotes, you fill ’em out, and most correct answers wins. The End.

This one took a little prep to make it visual and fun. To create the board, I simply drew 10 boxes on a big white poster board and labeled them with each year of that decade. I printed out small Best Picture movie posters that would fit inside those boxes and divvied up the posters by decade. Each team was assigned a decade and they had 3 minutes to arrange the posters in the order they won. It was fun hearing people squirm and panic and second-guess themselves. 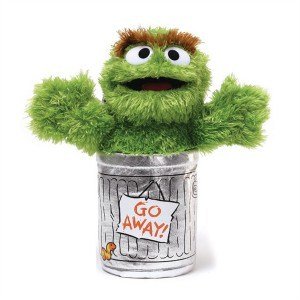 The Race for Oscar

Every year, each guest obviously fills out a ballot. But last year, we made it an actual “race.” I cut out photos of each guest and – with the help of velcro and poster board – with each correct answer we were awarded another space. We spent a good chunk of the night giggling at those who were stuck in the top two rows (I can say that – I was one of them!).

Our family tradition is to award the winner our traveling trophy…a literal Oscar…the Grouch. He’s been around forEVER and is highly coveted. 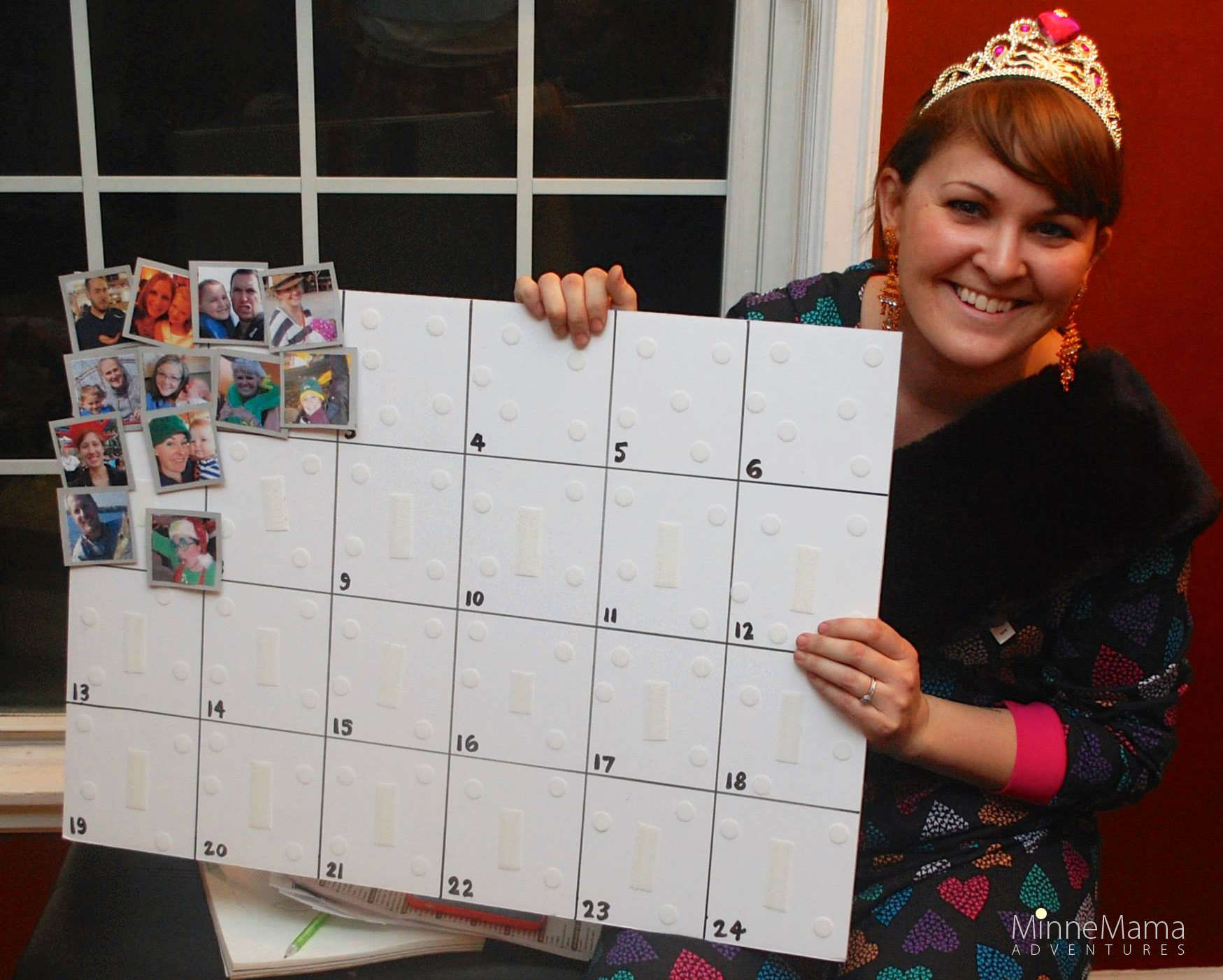 Now, this is my favorite part of the whole planning process. So many parties focus on fancy Hollywood food or cuisine that relates to the theme of the nominated films (like Scottish haggis to represent Braveheart…if it were 1996). Nope. I choose to open Photoshop and mock up the corniest Best Picture food labels I can come up with. We’ve had American Truffles, American Sliders (thank you, White Castle), Captain Rollups, 12 Beers a Slave and The Grand Biscuit Hotel. Oh, and there’s always popcorn and wine. There has to be popcorn and wine. 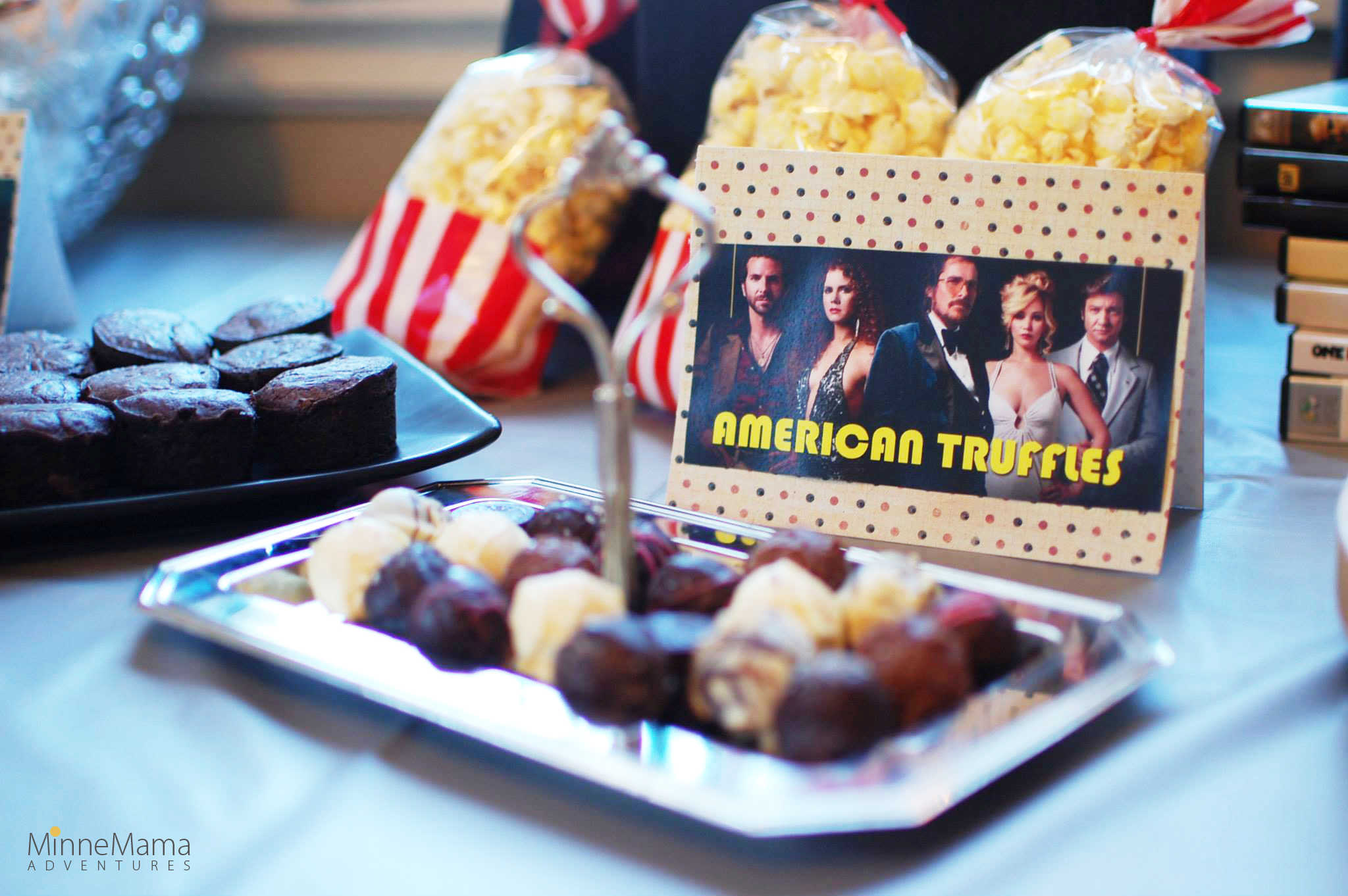 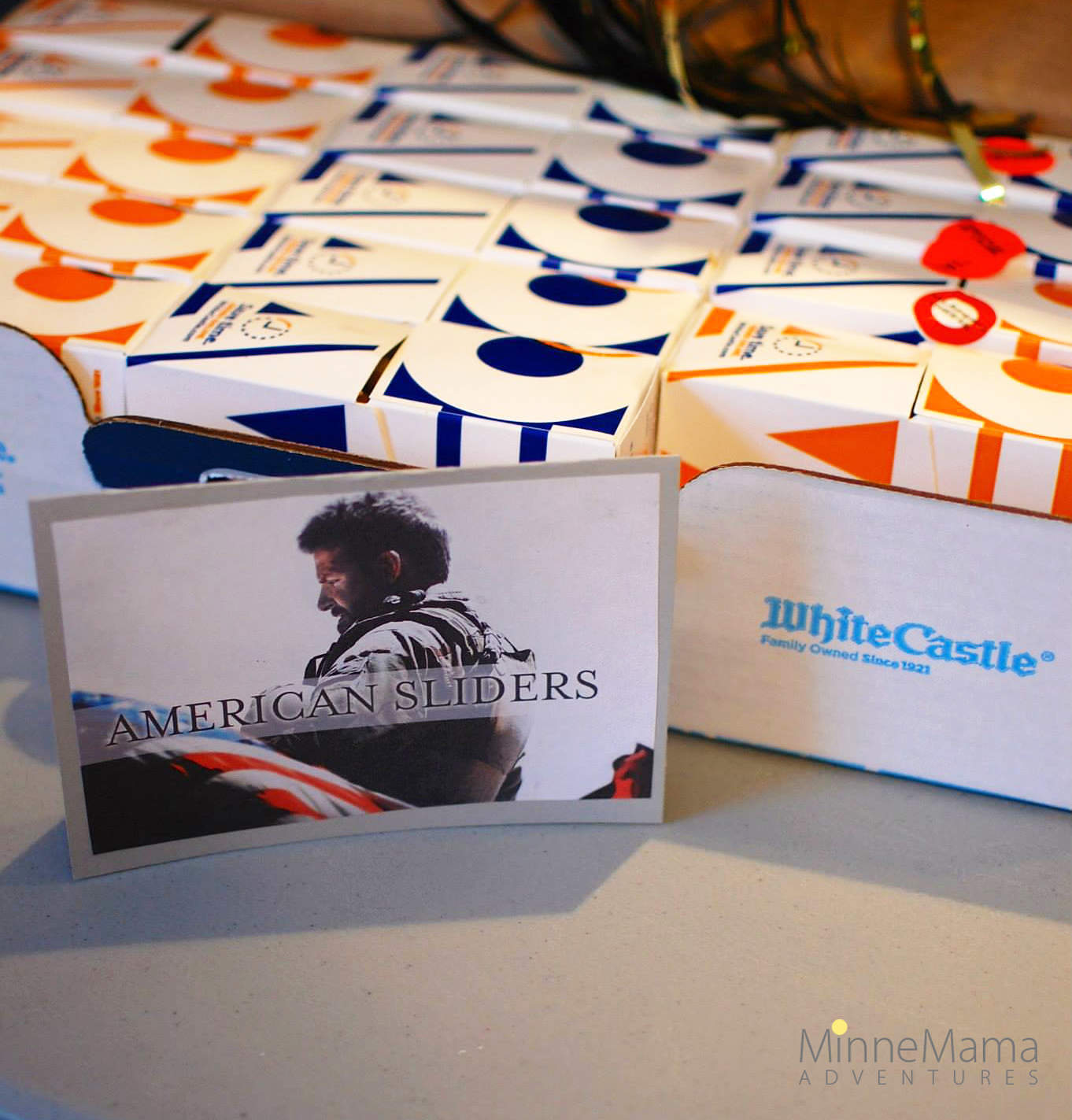 This year we will be enjoying The Big Shortbread, Stuffed MushROOMs, Bridge of Fries, Mad Max & Cheese, and more! Drinks will be custom made using our new book, Gone with the Gin. Mmmmm, cocktails! 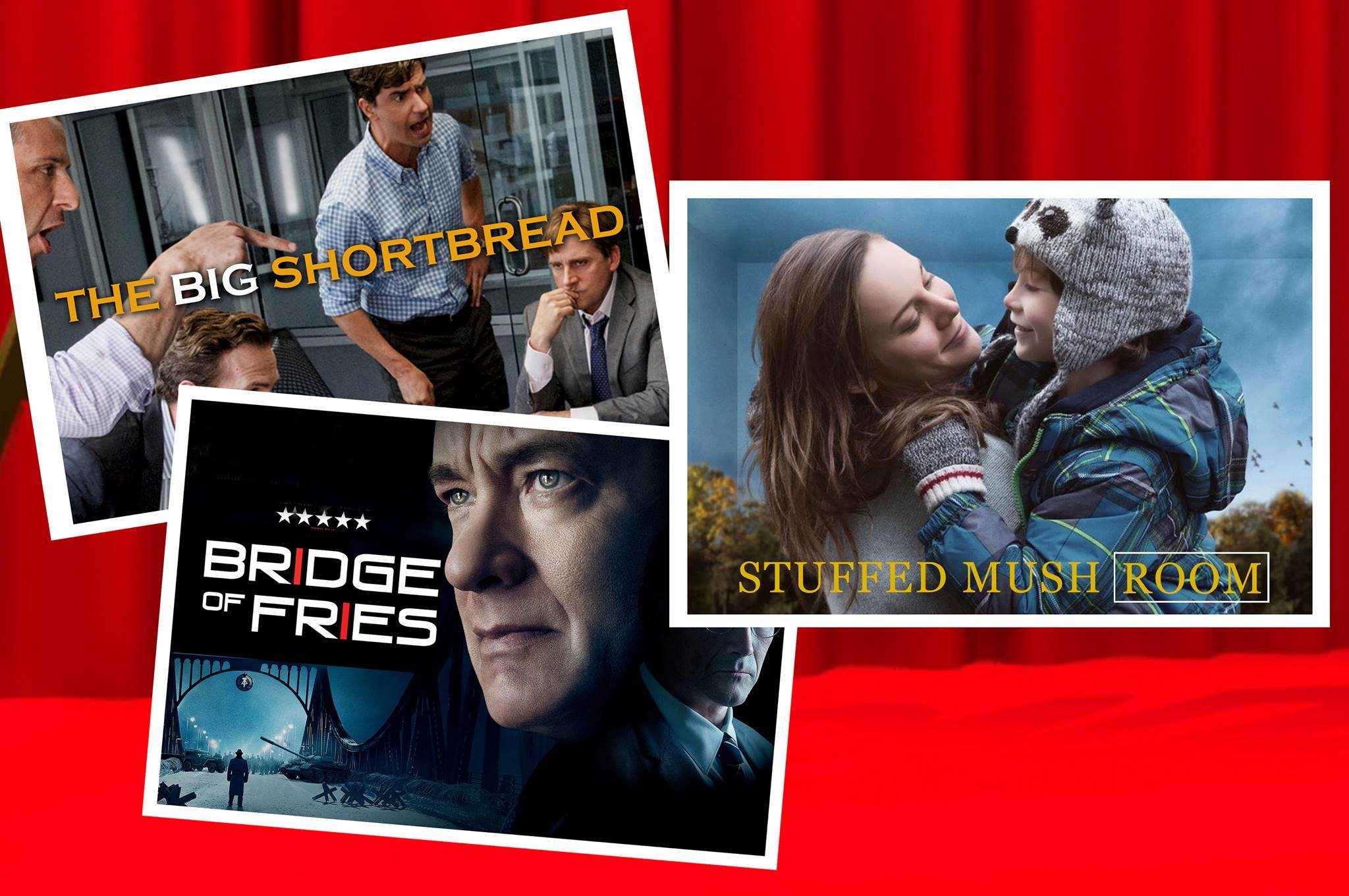 If you are handier with an oven than me, be sure to check out my friend Haley on Cheap Recipe Blog where she highlights some superb thematic dishes every year. And, nummmmmy, they look delicious!

Enjoy your party planning and remember: Have fun with it! 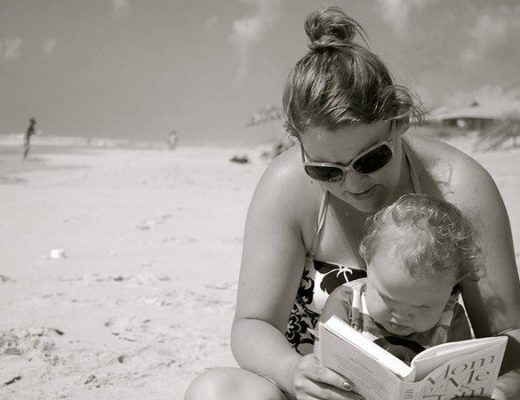 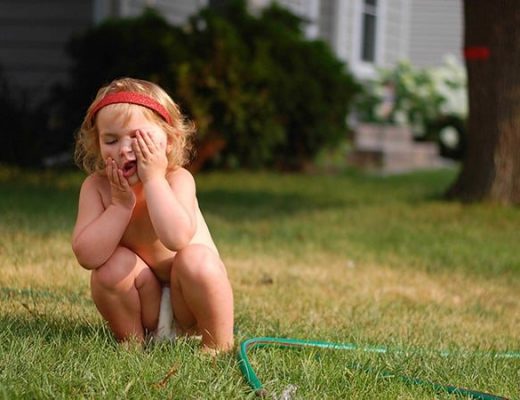 Why We Need the Weirdos 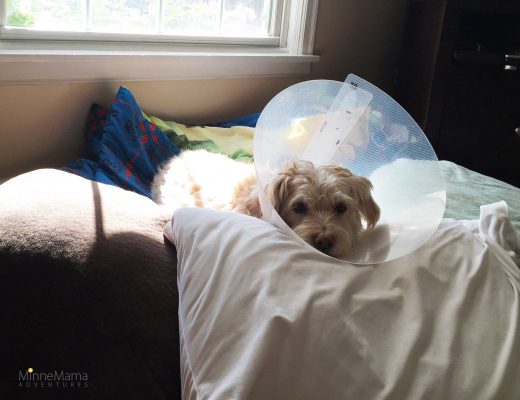 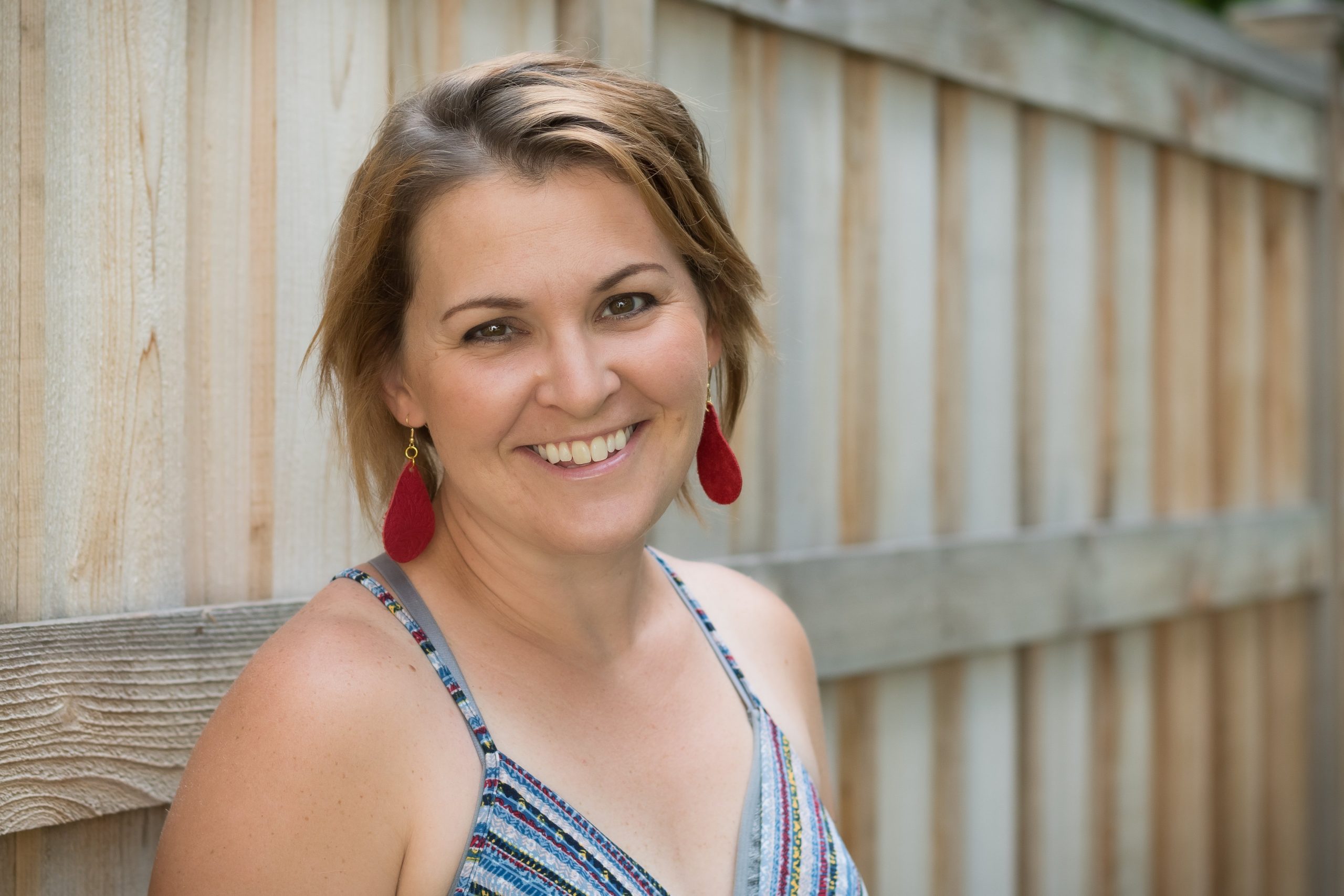 Welcome to MinneMama Adventures! I'm Nicki {insert handshake}, an avid adventurer and mother of three {insert exhausted head bob}. As an advocate for kindness, a preacher of positivity and a firm believer that family comes first, I want you to feel confident that adventuring with kids shouldn't slow you down. Rather, it should bring you up. Now let's go on an adventure!

Our little family (and friend family) managed to c

Have you heard of the Van Gogh immersive exhibit a

New blog post on the site – 12 Fall Family Fun a

I love that Kindness in Chalk has been alive and k