The Trip of a Decade: Why We Took Our 10 Year Old on His Own Vacation 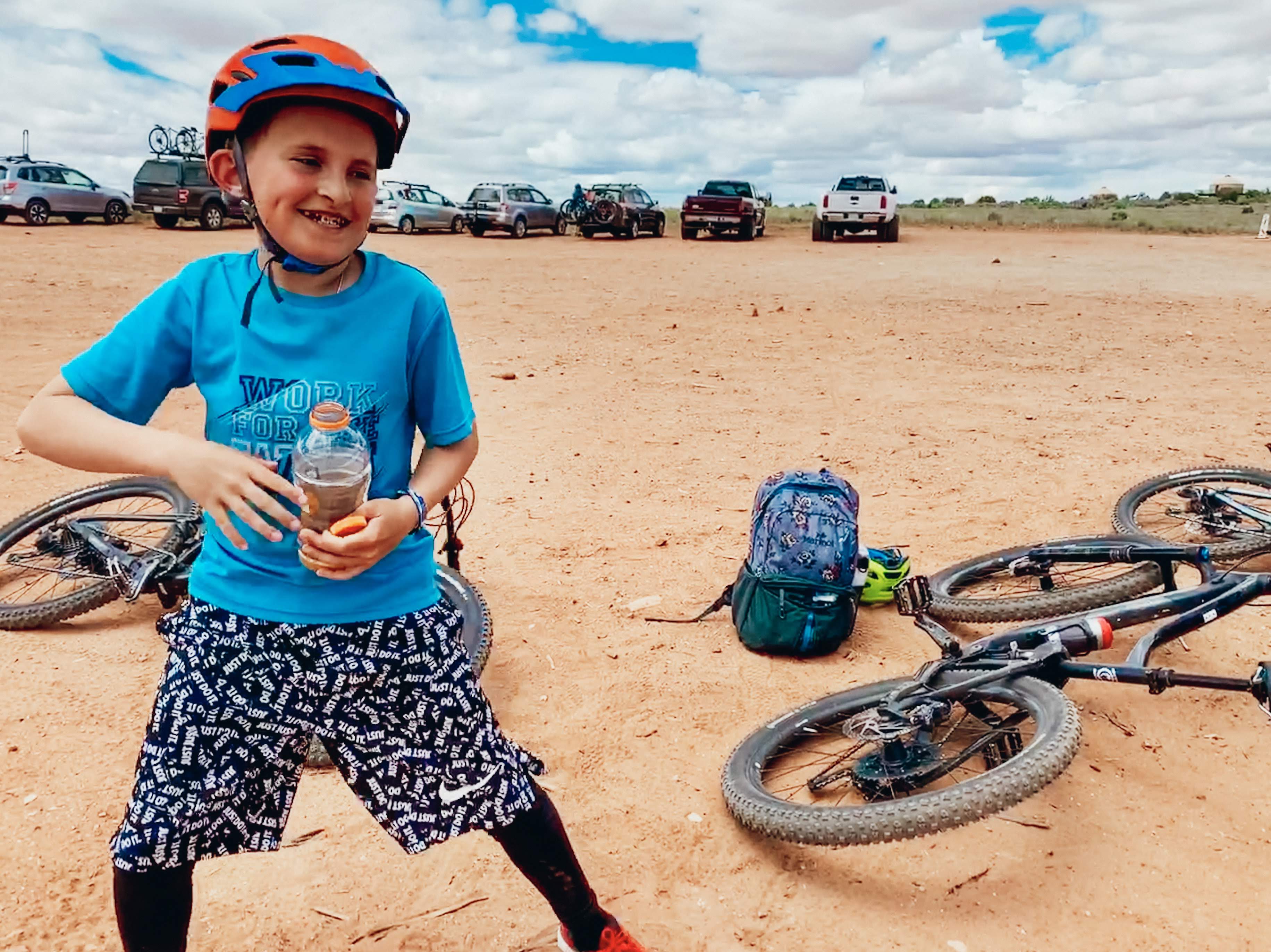 It’s also the age of heftier hugs and more meaningful conversations. It’s the age that understands your humor and appreciates your constant work and worry. It’s the age that still needs you but tries determined and independently first. It’s the age that won’t give up and beams with pride when accomplishing something huge. 10 is truly something amazing. 10 is an accomplishment. It’s an age of celebration – the perfect ellipses separating the fragments of exhausting-youth and exasperating-teen. 10 is a goldmine of awesomeness that deserves to be appreciated. 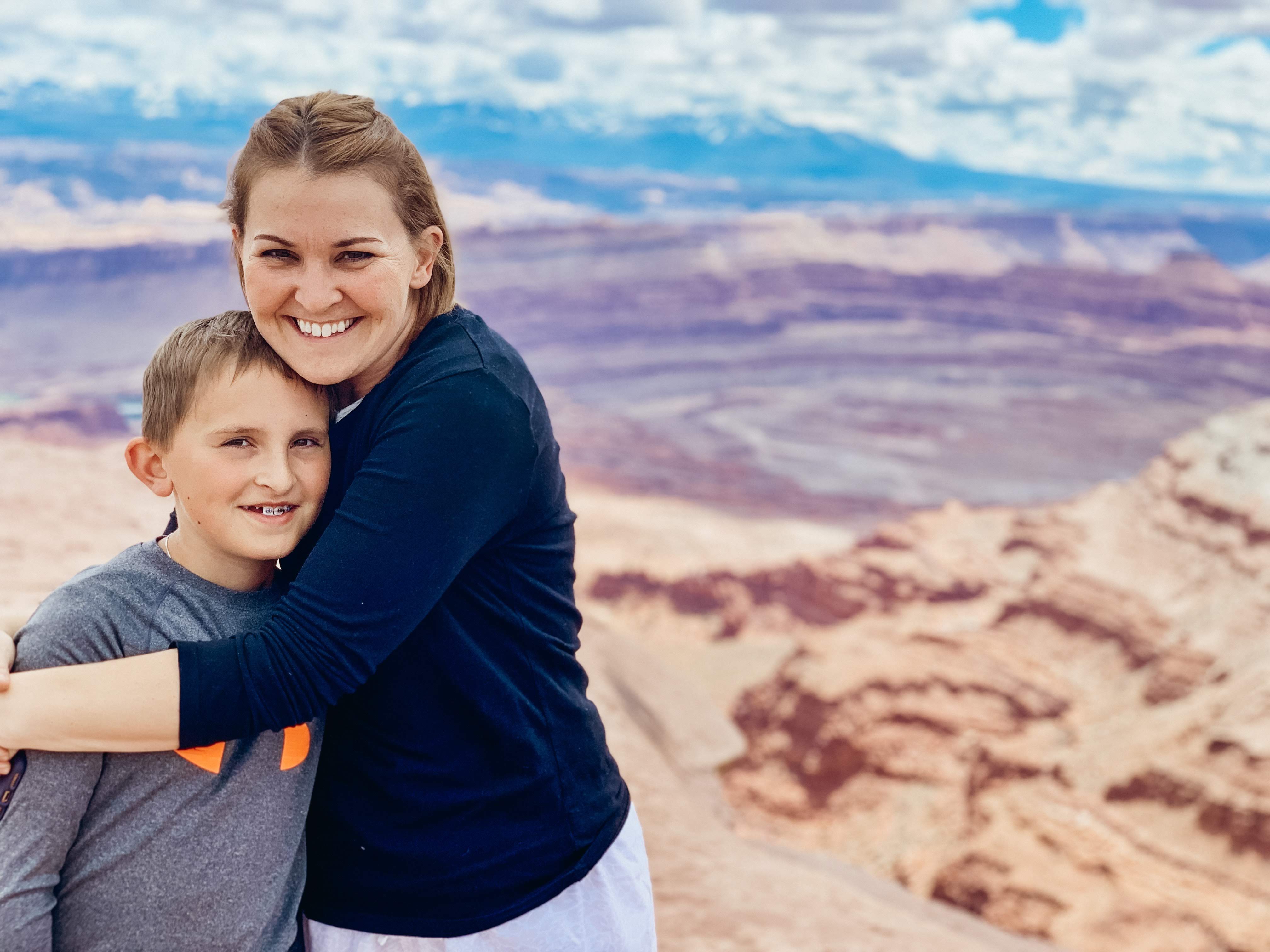 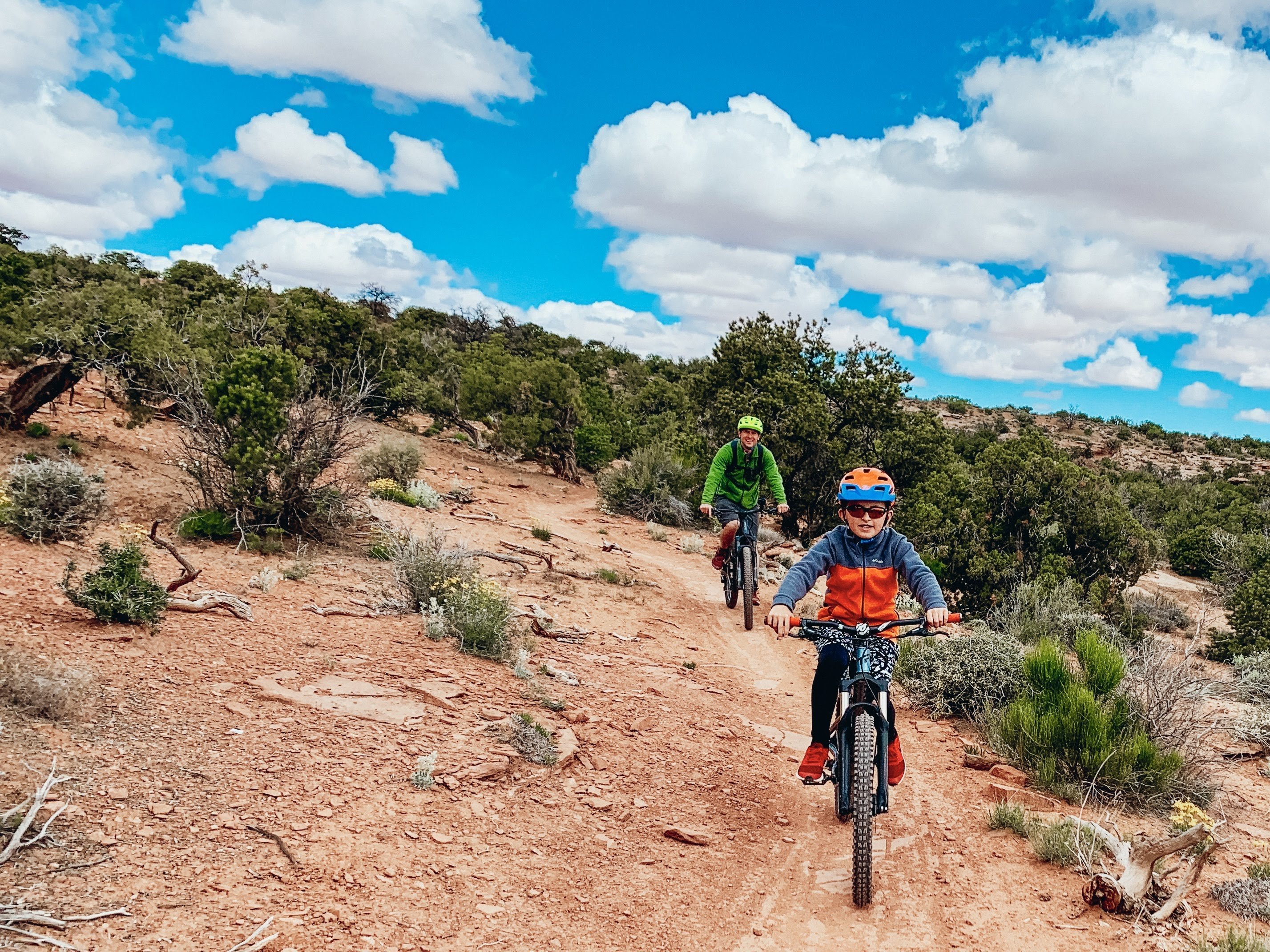 When our son was born 10 years ago, my husband vowed that we would take each of our children on a 10 year birthday trip. There would be very few parameters (cost and time), but the choice of destination was 100% theirs. I never thought the day would come when that statement would become a reality, but – a little grey hair and a decade later – here we are.

Our firstborn chose Utah – more specifically, Arches National Park. Why? I guess we don’t know. He saw it in a book and wanted to experience it in person, he said. While I wouldn’t pin him as an “avid outdoorsman,” he was super amped for the hikes, the sunshine and the alone time with mom and dad. We made him do all of his own research, setting aside some special time late at night to look up activities and adventures in the Arches area. He wanted to do mountain biking, rock climbing, and a little swimming. Easy enough. We found care for the little ones, booked our flights and headed out on our two-on-one vacation – just me, my husband and our son. Our 10 year old son. 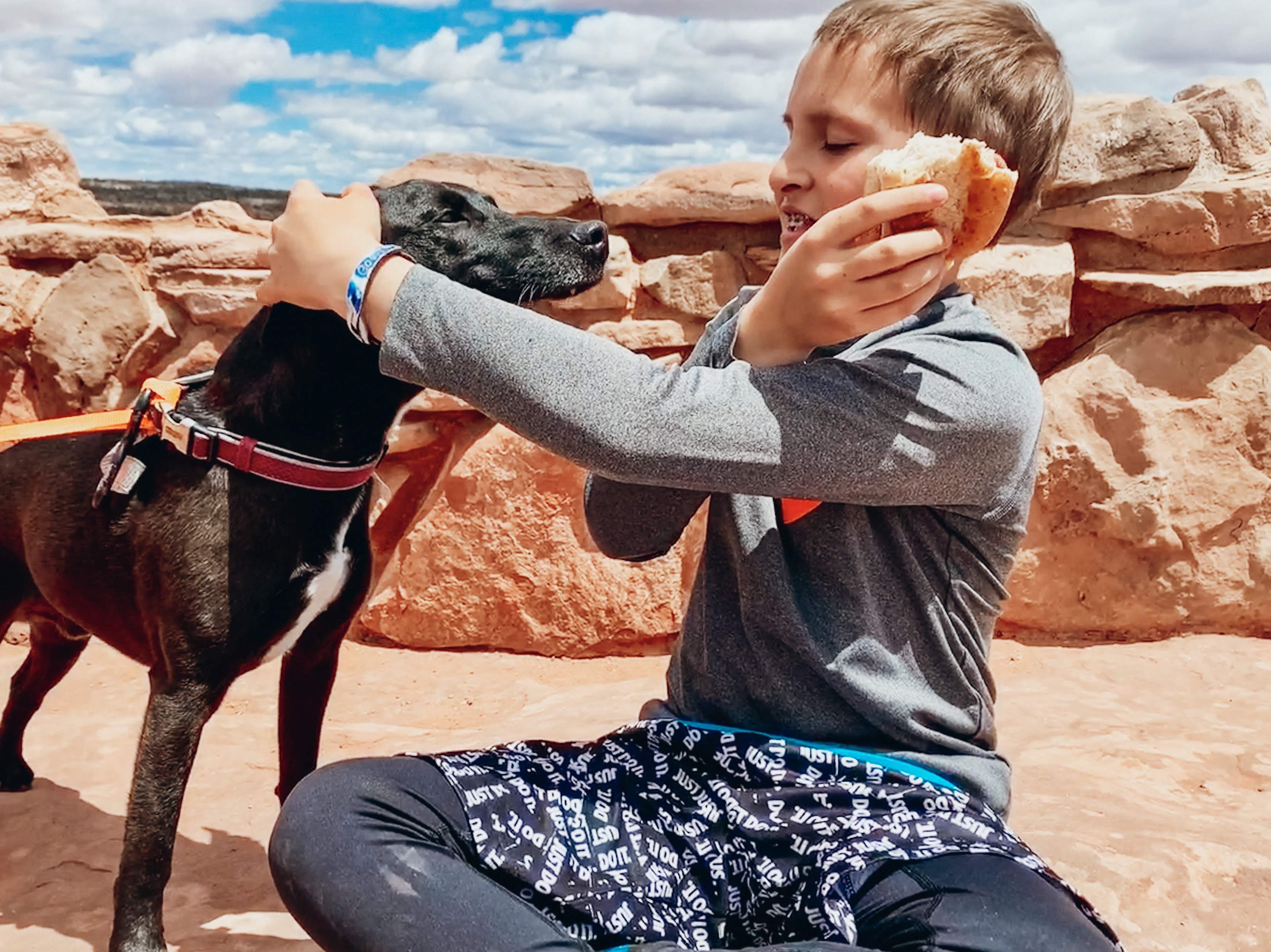 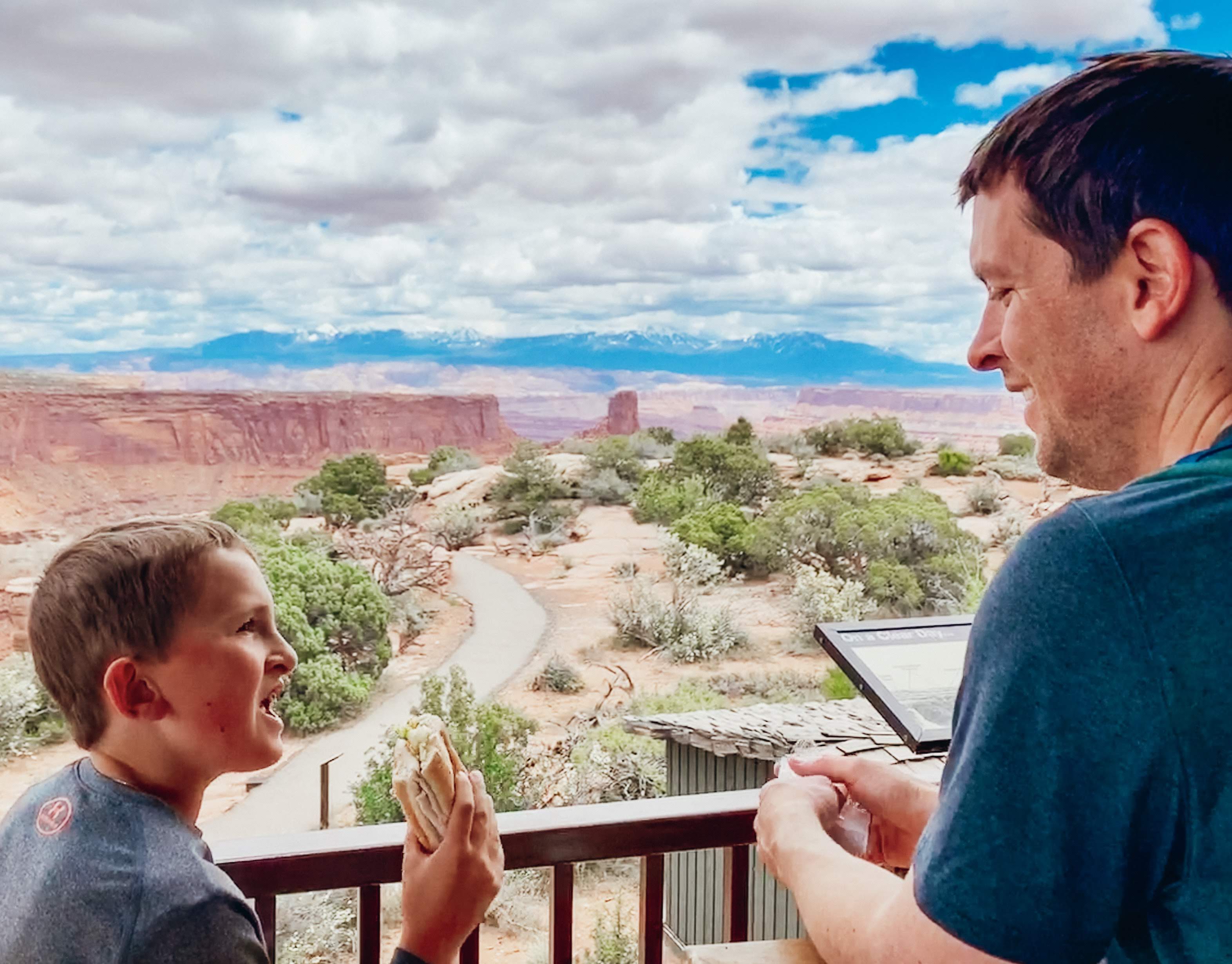 Leading up to the trip, I wondered how it would feel, just us and him. Self-admittedly, the sweet guy may not get the attention or recognition he deserves on the daily. Compared to the other two, he is quieter, more reserved, far more sensitive. He follows the rules and instructs others to do the same. He is health conscious and book smart and can be ever-so-slightly socially awkward. It’s rare that we have time to just sit and have a one-on-one conversation with him. This trip was long overdue in that respect.

But it made me nervous. This kid, who has shared his parents for 8 of his 10 years…he’s changed a lot and grown up quickly, right before our eyes. I worried that I might not know who he was anymore, like on a deep maternal level. I should know everything about him, right? – from his shoe size to his favorite condiment to the friends he sits by on the bus – but I wasn’t sure I did. I wasn’t sure I would be able to connect like I wanted to when time finally allowed us to do just that.

We found our seats on the airplane and the excitement hit all of us simultaneously. The worry I had regarding disconnection completely melted away. We were there, on a plane, just the three of us. I put my arm around his neck and rubbed his left arm as he enjoyed his window view of the Utah mountains. As we were landing, he looked up at me and exclaimed, “It reminds me of nothing I’ve ever seen before.” I rested my head onto his and took in one long breath. This is important. This is memorable. This is the magic of parenthood. 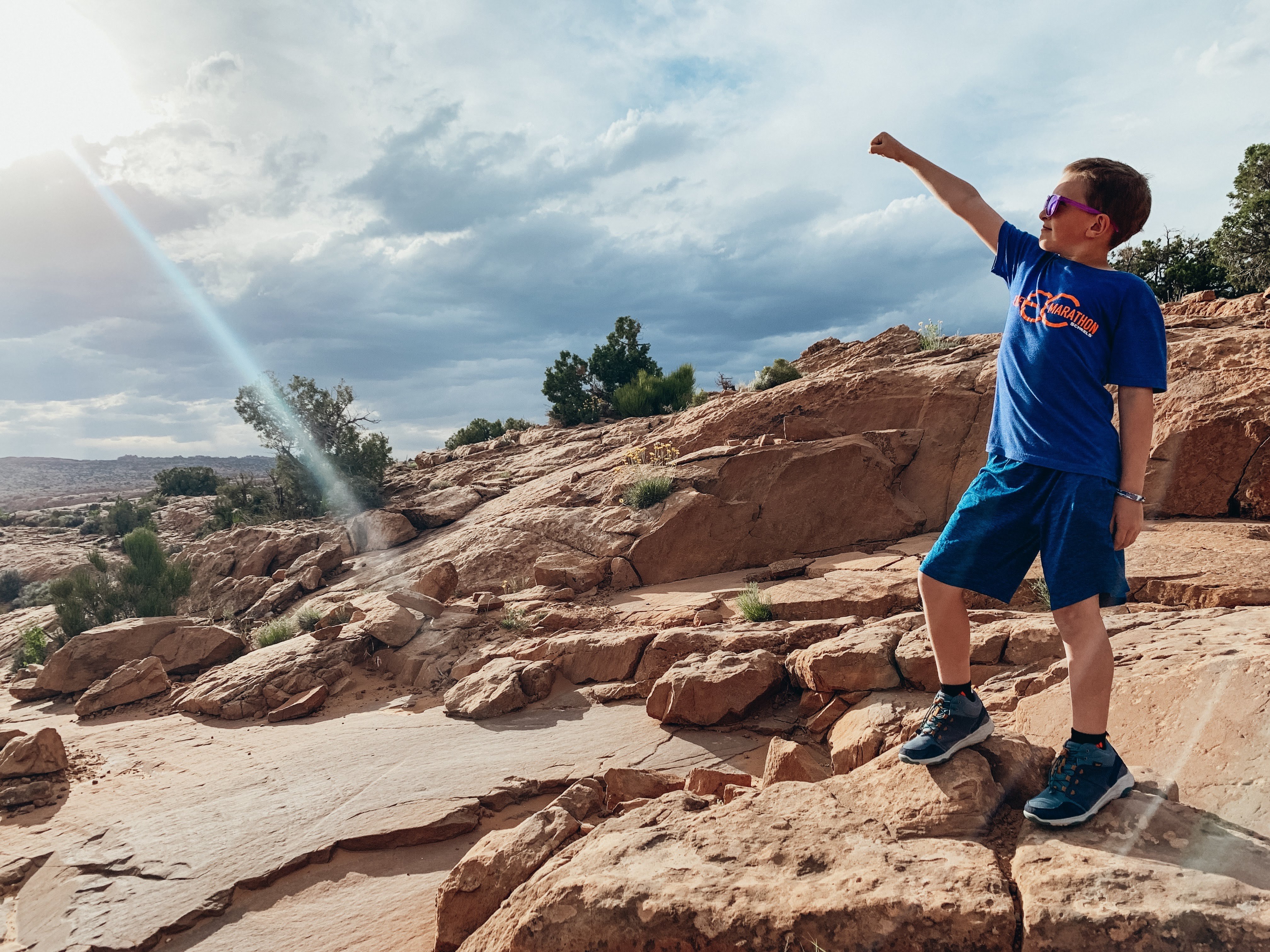 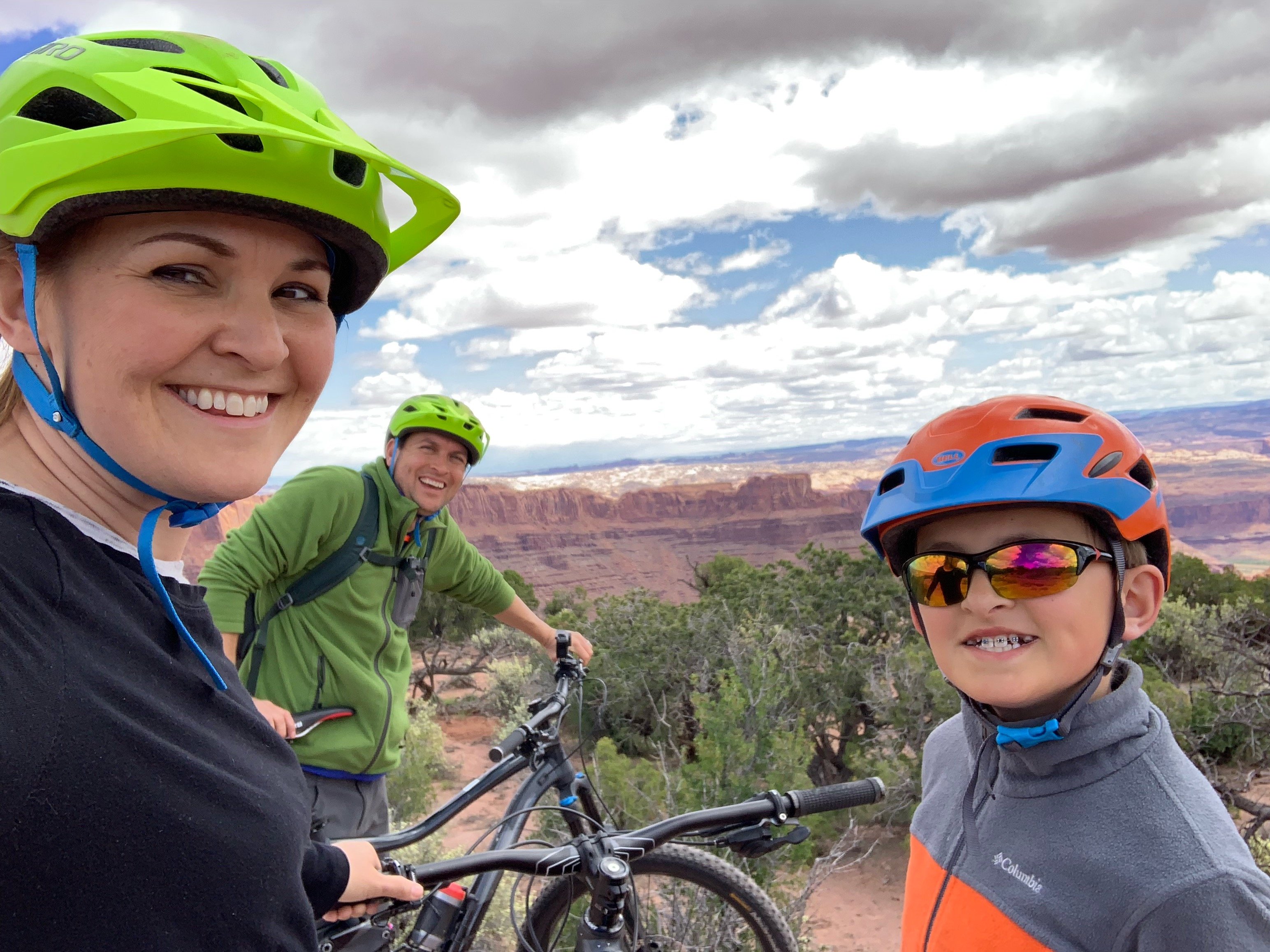 Over the next four days, we were able to connect with a kid that sometimes gets lost in the shuffle. We ate Belgium waffles every morning for breakfast and had no qualms gorging on ice cream at 10am. We spent 45 minutes in a rock shop the size of our garage because he had $50 from Grandpa burning a hole in his pocket and simply could not make a decision. We realized he has a pretty severe fear of heights and he blinks hard when he’s holding back tears. He doesn’t like to cry. He’s certainly not weak, but is true to his feelings that gobble him up directly from his heartstrings. We learned that he loves a good challenge but is careful to dip his toes in before diving headfirst. He understands adult humor and is curious about Santa Claus and hates the idea of confrontation just as much as actual confrontation. He tells drawn-out stories like his dad and gets wicked hangry like his mom. You know when he’s tired because he gets purple shadows under his eyes and when he’s proud, he mentions his accomplishments a million times over in a million different ways.

I learned how to understand my 10 year old in Utah. Like, really truly understand who he is. 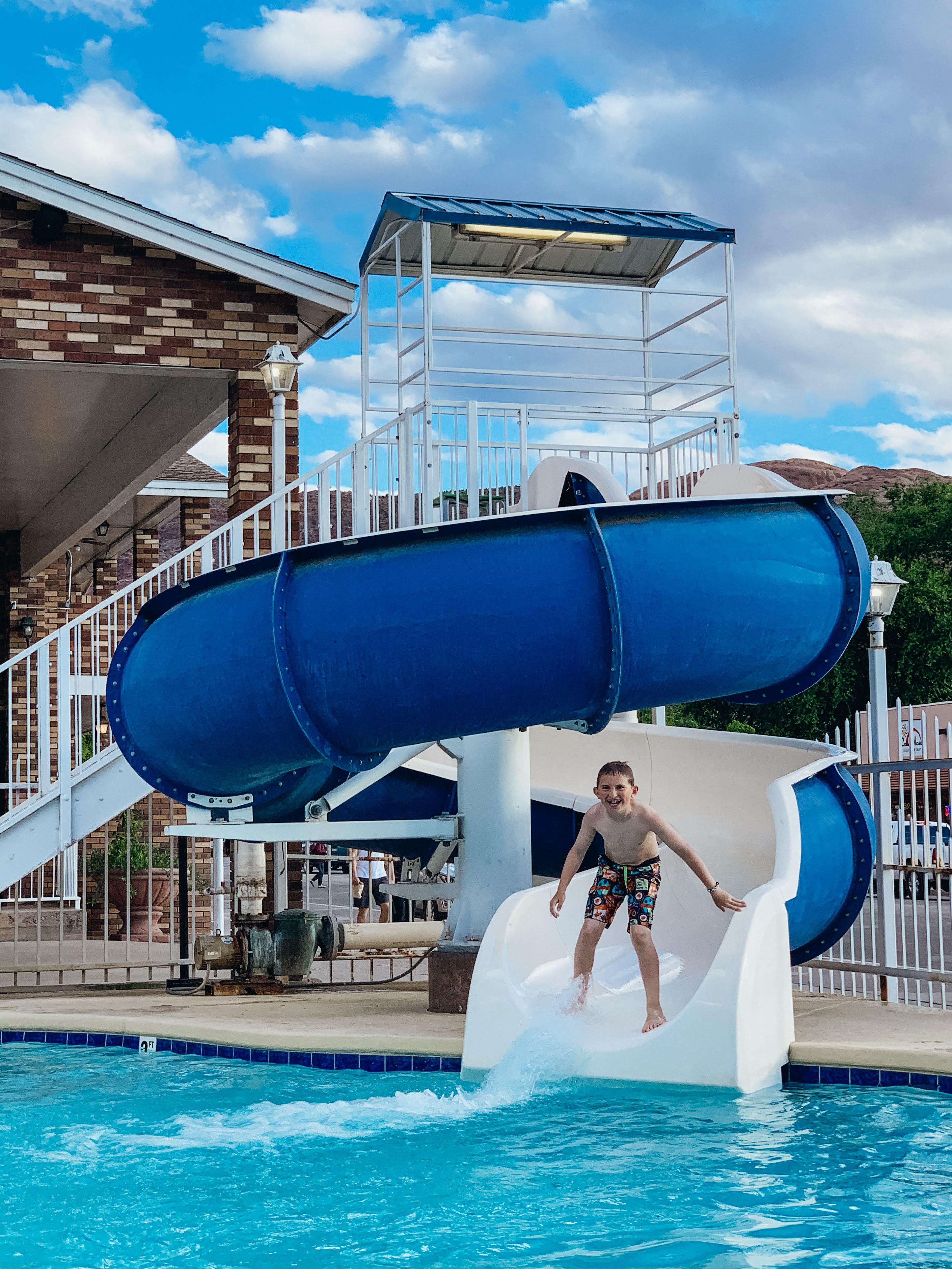 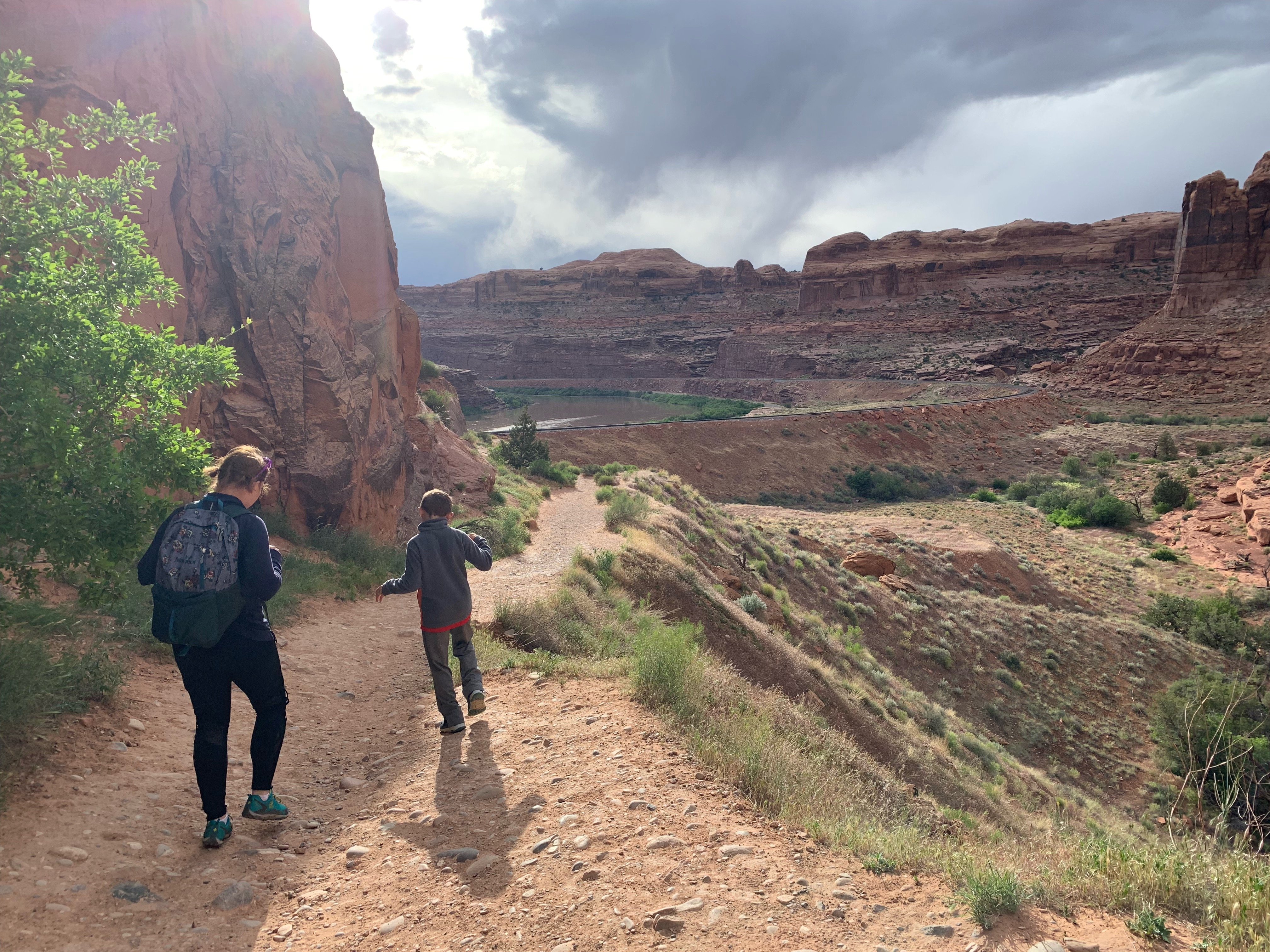 And here’s the thing: this trip taught us how to parent him better – as an individual, not just as one of the group. Every child requires that we read a separate parenting rulebook. We discipline them all differently, teach them all differently, even love them all differently. Getting this special time to observe and talk and dig deeper than we ever have with him helped us recognize his unique differences – bolding certain line items in his personalized rulebook that we now better comprehend and will forever remember. 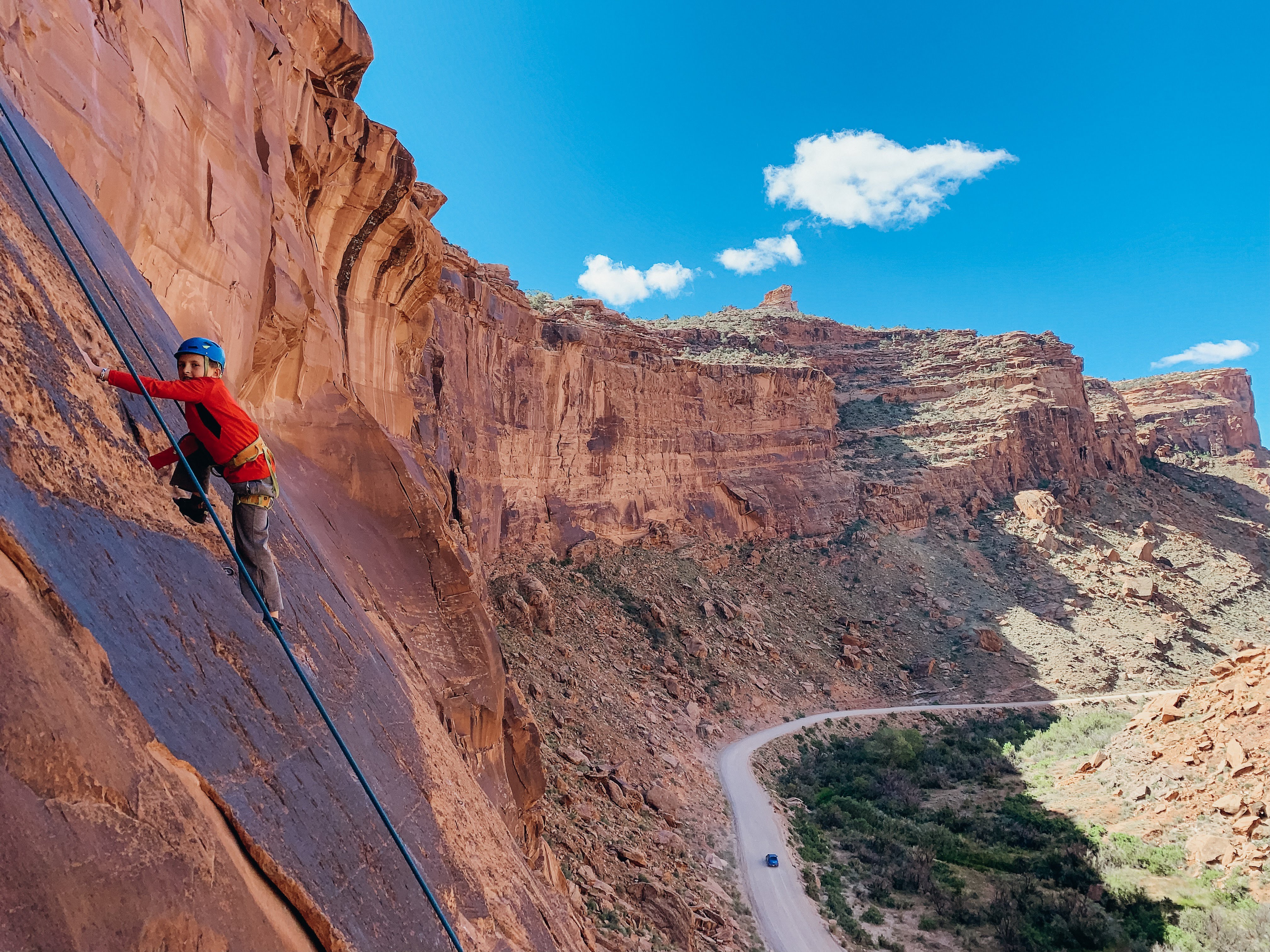 On day 3, we went rock climbing. He was so excited to do it, but hiking the tall trail leading in and staring up at the vertical sandstone beast in front of him caused visible panic. He pushed his back into the wall and appeared to be clawing in with his nails. He was trying not to cry. And for the first time in a long time, I recognized this and knew how I was going to have to support him in this particular situation. Spending just 3 days with my kid with no distractions was already helping me discover calmer solutions and warmer reactions since that’s what he responds to. I told the guide I would climb first. I, the mom, who can barely walk a straight line without tripping over my feet, was going to claw my way up this wall wearing a skinny rope, a helmet and the confidence that this debacle was exactly what my son needed to see happen in that moment.

So I climbed. And I stumbled. And I fell in the most non-graceful way imaginable. I explain it like the ending of a frustrating movie – did I do it intentionally because I wanted him to see it was ok to fail? Maybe. Or did my feet actually just slip out from under me? I’ll never tell. But the next thing I know, our kid was scaling that wall like a bat outta hell, skimming ledges and stretching across boulders like it was his job. 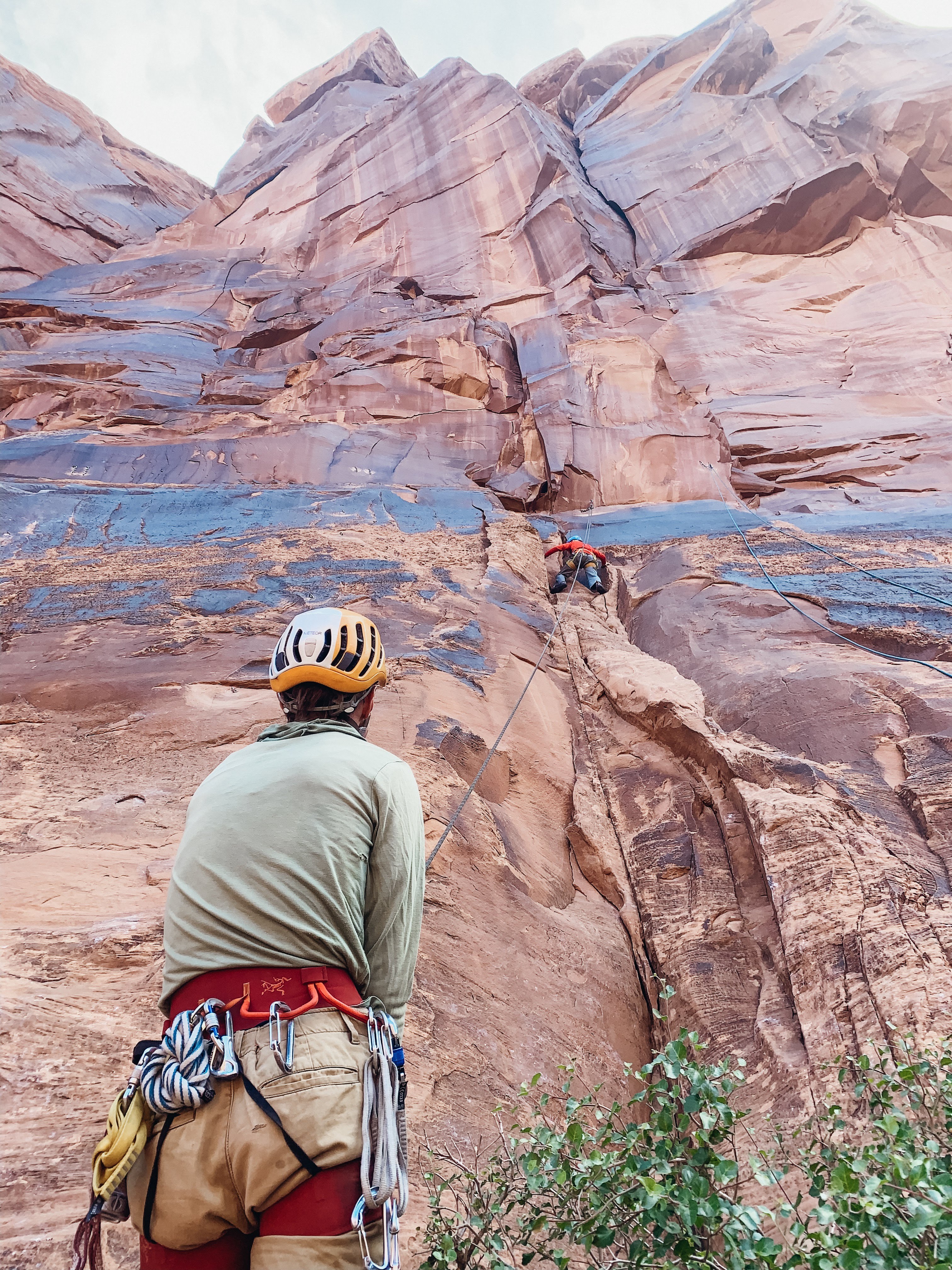 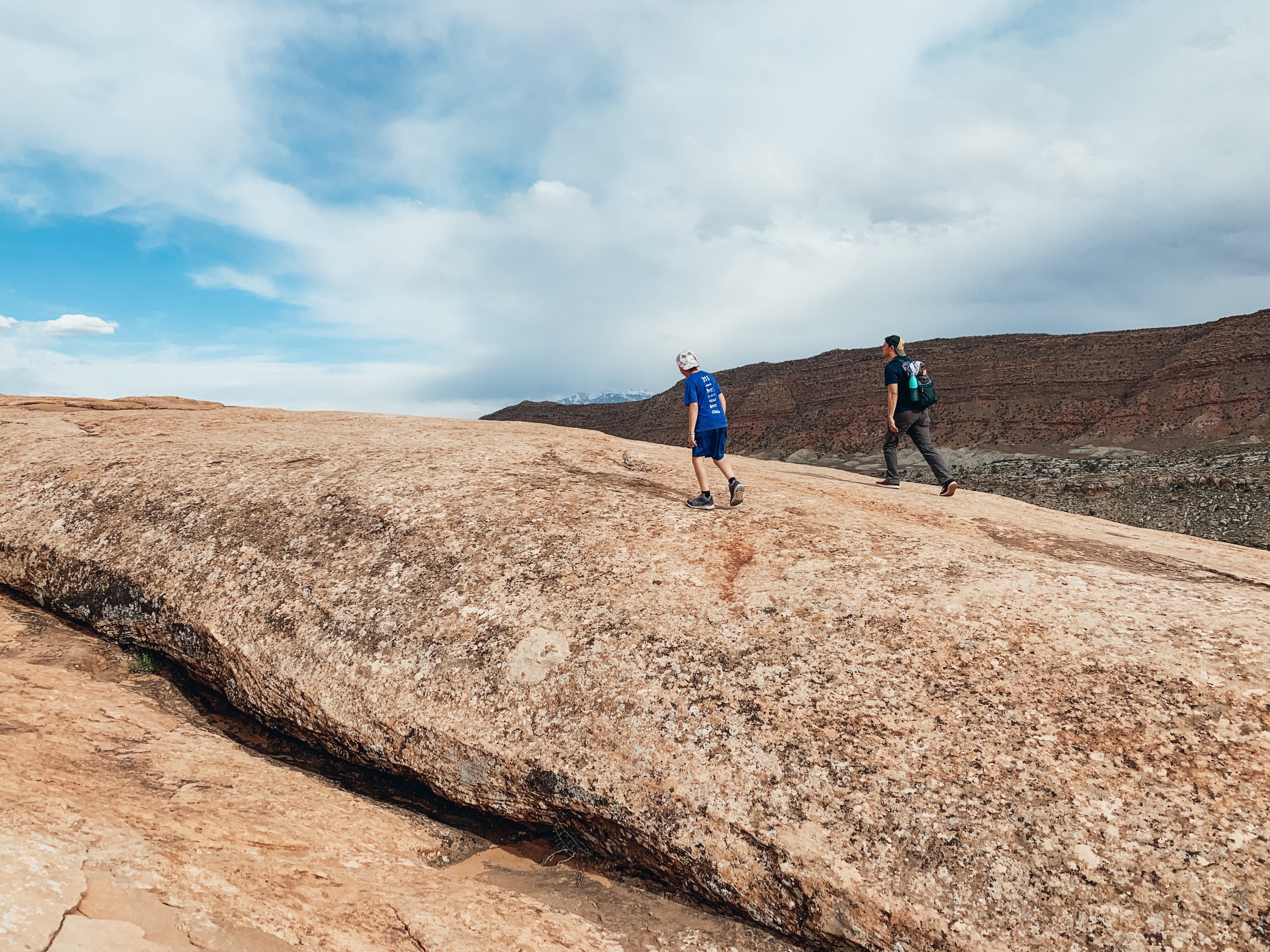 We did a lot of hiking in Arches. Some were long and scary and far too windy, some were short and sweet and just as photogenic. But the hike to the Corona Arch was one that I will replay in my head, with a smile on my face, until the day I die. In fact, I told my husband as we were piling in our car after the long journey, “I wish I could bottle my emotions from that hike and keep them with me forever.”

It was our last full day – our moods were high and our bellies full (of Belgium waffles). It was the ideal difficulty level for our trio, with barely anyone on the trail. The twists and turns that would open into huge flat rock fields at the turn of every corner, deep black caverns breaking up the orange landscape sitting underneath a quintessential blue sky, the energy we had bouncing up steep inclines and only slowing down to take a photo or tie a shoe…it was perfection. Absolute perfection. The three of us exchanged stories of our lives, talked about video games and crushes and dreams and goals and gay marriage and political leaders and sibling rivalry and God and frustrations and what makes us the happiest in the world. I feel like we never stopped talking. Or laughing. And the love was at an all-time high. 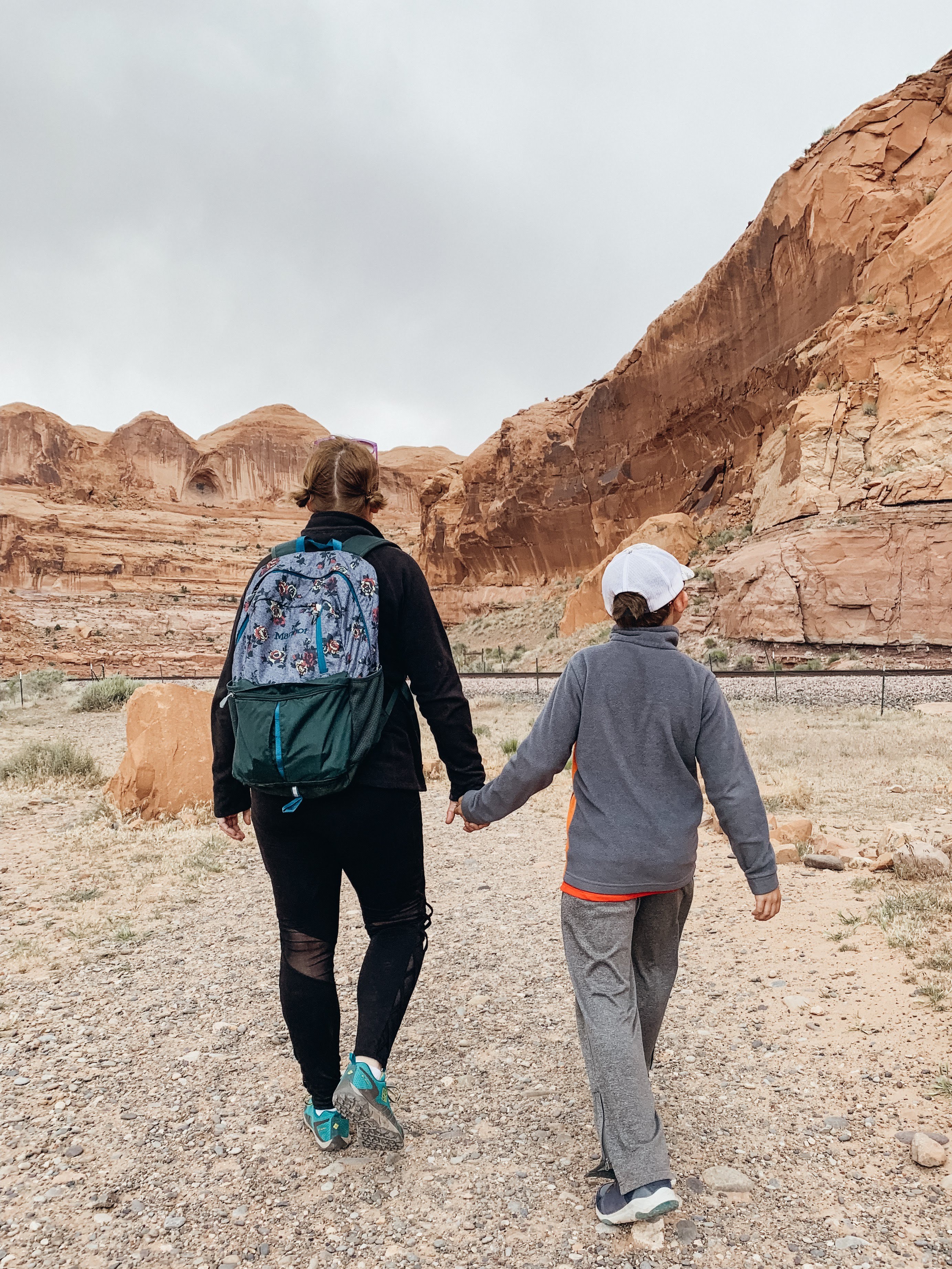 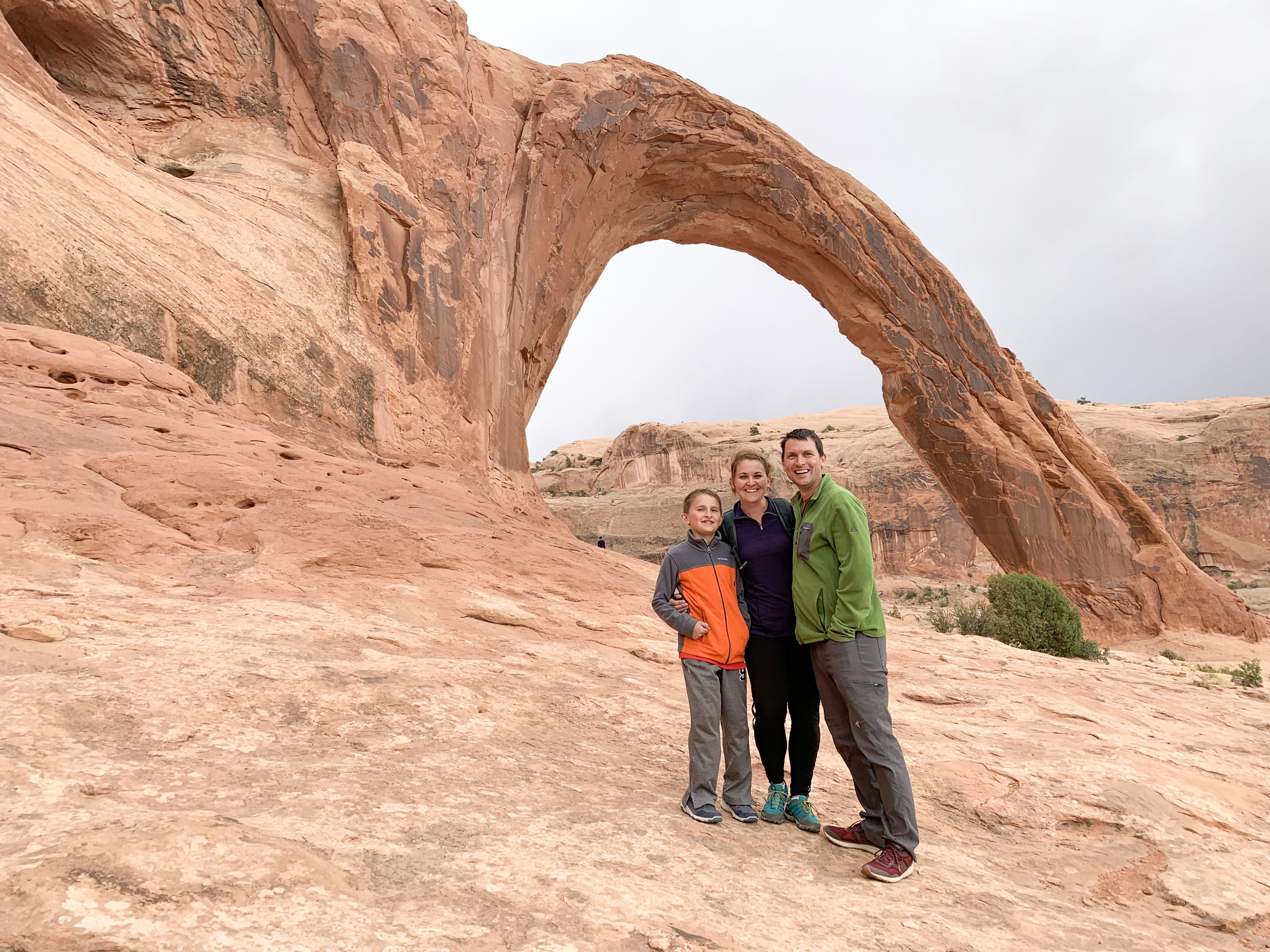 We drove back to our hotel after a full day of sunshine and exercise. After a few minutes of silence in the car, I turned around to see him completely zonked out in the backseat. This boy, who acts so tough, was awkwardly sprawled across the entire cushioned bench, fully accepting his fate after 4 jam-packed days of nonstop adventure.

And right there in that backseat, for just those few minutes, I saw my baby. He may be 10, but he’ll always be my baby. There was nowhere I’d rather be than right there, on that trip, with him, in that moment.

10 years ago he arrived in our arms. 10 years. It’s the age that requires two digits.

I learned how to completely, entirely, utterly, exhaustively, intimately, unreservedly, unconditionally love my 10 year old in Utah. And I left with no regrets. Not a one. 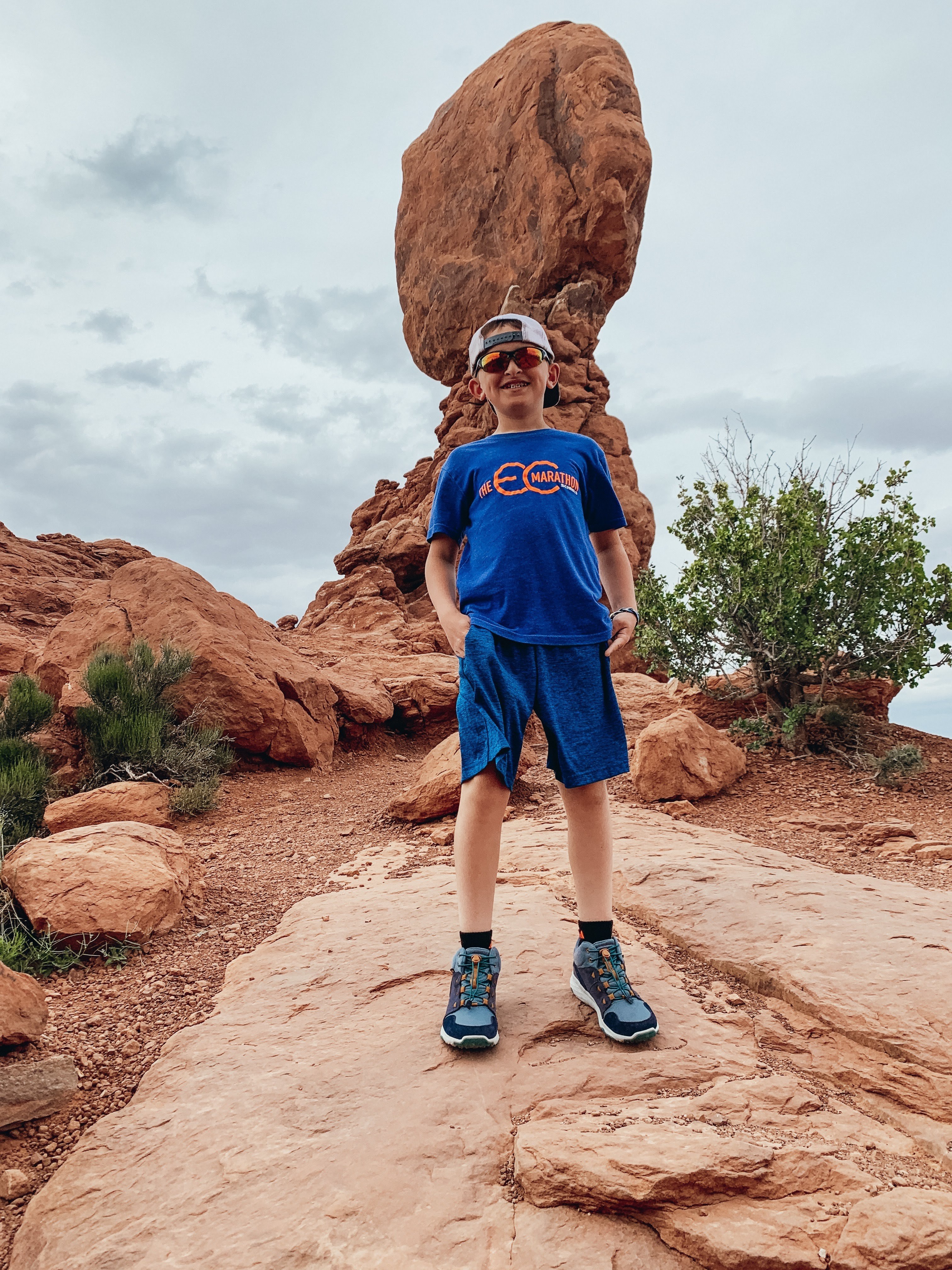 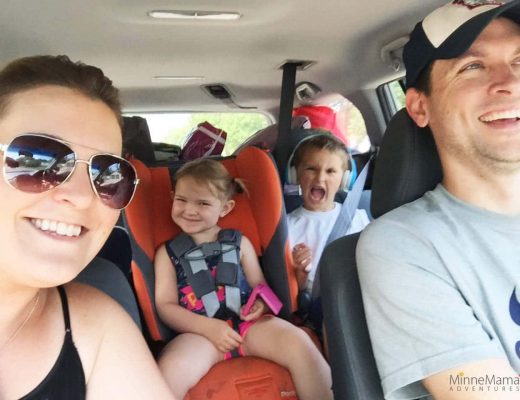 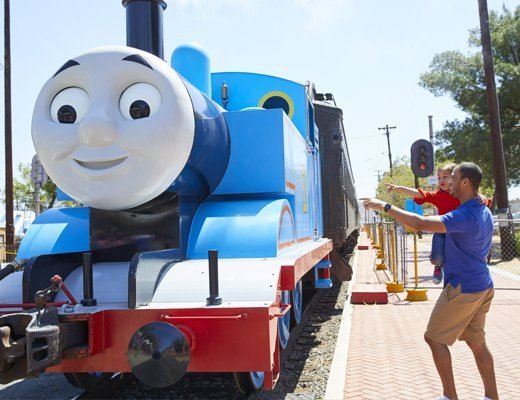 Day Out with Thomas 2019 – TICKET GIVEAWAY 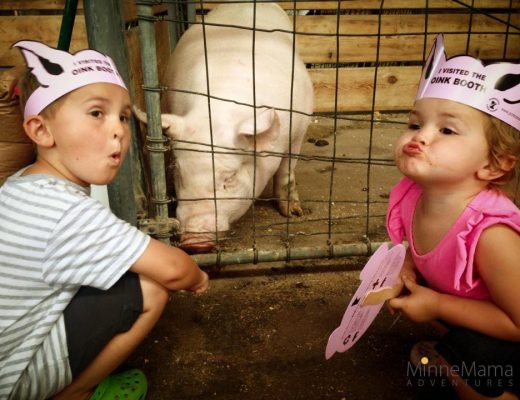 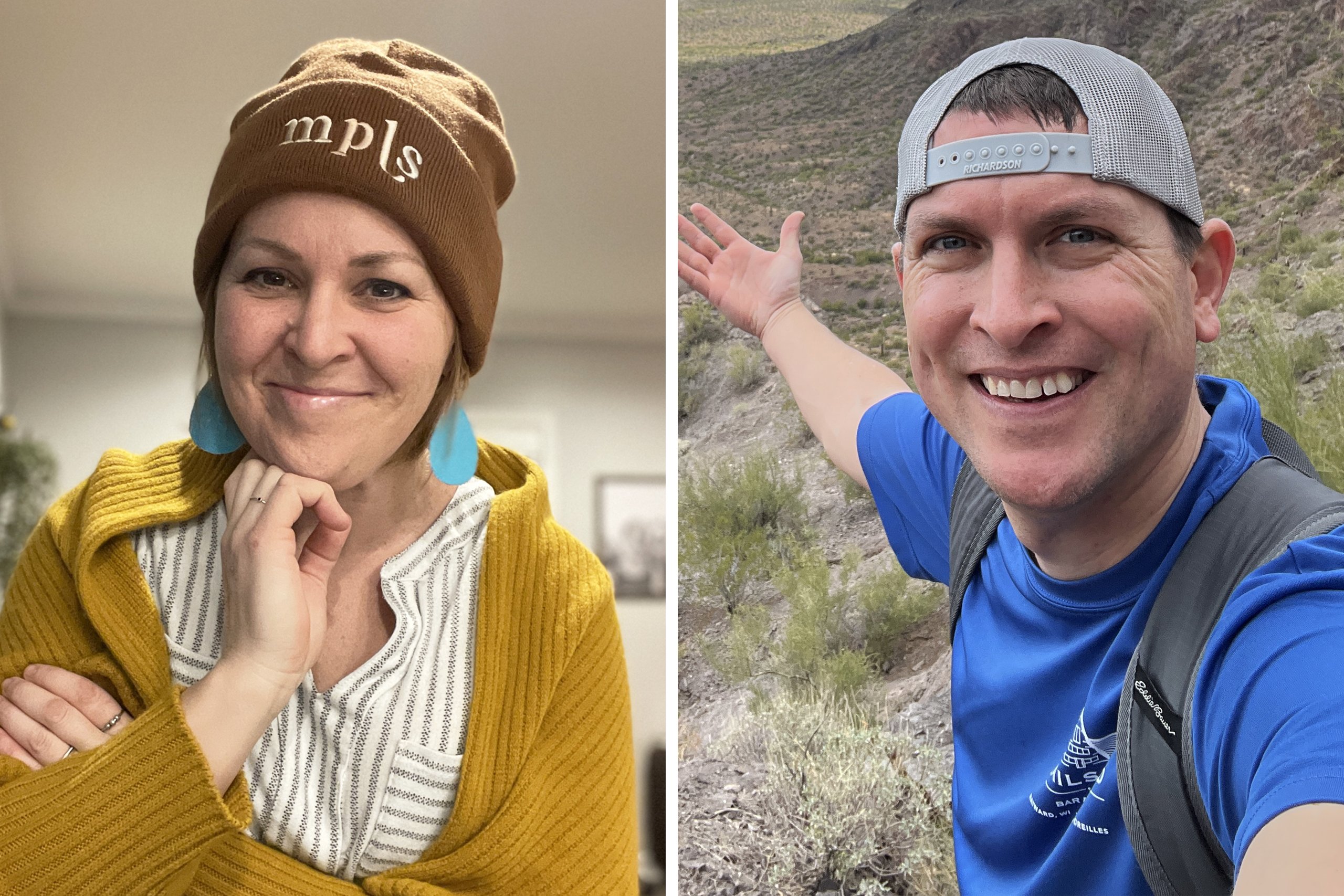 Nicki and Nate Brunner are a married duo of Minnesotan adventure-seekers, dream-chasers, and child-wranglers. As parents of three cool and energetic kids, their goal with MinneMama Adventures is to discover and share the joys and challenges of daily outings, spontaneous getaways, and well-planned vacations as a family in a humorous, honest and authentic way.

12 Adventures for Minnesota Fall Family Fun up on

Was a lovely start to Fall spending a day enjoying

Do you want a fun event idea for this coming Satur

What we forget is the little moments that fill in

Visited one of our favorite summer parks today. Ce